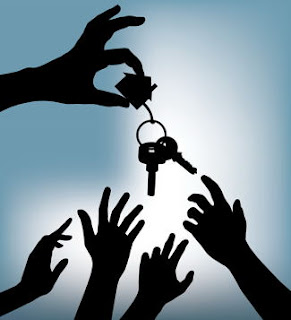 Real estate is seasonal. Whether we’re in a hot market where prices are rocketing skyward, riding a parachute down as prices return to the earth or  if we’re some where in between in a balanced market, the seasons do make a difference. Spring is always the busiest time. Fall is next. And summer and winter can be  slower. We are Canadians after all, and we experience all four seasons differently.

So with that ebb and flow in mind, I find there are two distinct slow months of the year where sales pause slightly and reset. Those months are August, the lazy, hot days of summer, vacations abound. And there’s December, when weather is telling us to hibernate. Some people are traveling to warmer climates and other are knee deep in Holiday duties. So, during these times, it is tough to determine what is happening in the market because there are fewer sales, the market coasts along without any gas. Come January, when the new year begins,  people start to come out of that market pause slowly, and we can get an early sense of  ho,w and if, the market will rev up. So, January becomes an important month. For many, it sets the pace of what the Spring market will look like whether you’re in Toronto or any where else in Canada.

Back in December, the media didn’t take a break like the real estate market did. There’s been more articles and media reports than usual over the past month or two that often put a little fear in the hearts of buyers and sellers alike. The real estate climate, I think, can be compared to 2008 when the recession began, though a much lighter version of it. Prices have dipped slightly in some areas of Toronto in the condo sector. There are more sellers choosing to rent than to sell. There is a general belief out there that the Toronto market is slowing down, and possibly ready to spill over the cliff to much lower prices across the board. But I think that’s wrong.
Though it’s still very early to say, I’m going to make an early call on how the market is starting this year based on my own experiences in the trenches in the first month of 2013. I think we are going through a phenonemon, I like to call sidelining. This is when sellers fear that they cannot get the price that they want. So, they either rent their homes or live in them longer. They are stepping to the sidelines and not selling. They are not that desperate. No bank is taking their home away from them.  They feel if the market has dipped a little, so they ask: why sell now? Why not wait until it improves? Some may think that sellers may panic and sell their condos for fear of losing even more equity if the Toronto housing market heads south, but that panic is not there.
Some buyers are also heading for the sidelines too. That means, fewer are buying as well. They are waiting for prices to fall. But unlike sellers who can wait, there are more buyers who are probably more keen to buy – they  are tired of the tight rental market with the limited vacancy. They still have phenomenal interest rates available to them. And there are some concern with buyers that rates will go up since the economy is doing well. So, they want to buy before that happens.
So, the result of all this is that there is very little inventory hitting the market. Less sellers listing, with buyers still looking to buy. The result: There’s not a lot to buy. So, buyers are finding themselves in bidding wars more often, even now in January, a slower month. I really thought I would see a lot less of these this year, but because there is less inventory, there’s less homes to pick from, and buyers are bidding on what’s left. Not every where I look is there bidding wars. Just more than I expected.
It’s very similar, though much less extreme version, to what happened to me in 2008, when I sold the first property I ever bought.  At the time, every one was telling me that the market was going to crash just like it did in the U.S. And prices did dip for awhile in 2008. Prices were indeed falling. But then no one listed their house for sale. So, when I put my house up for sale, I had little competition, and 15 offers.
Now I don’t think we’re going to get crazy like that in 2013. I do think we are going to see a more balanced market. Still, I’m seeing the return of multiple offers where some houses and even some condos receiving more than one offer.
Of course, if every one sees that prices are heading back up again, we may see a rush of sellers joining the low inventory party, holding back offers and hoping for multiple offers. But in that case, the inventory increases and prices may balance out.
The irony is: The bad news in the media seems to have created fewer listings and more multiple offers on a property. If the news looks more promising in the media, we will likely see more listings and more of balanced home prices. I know! It’s crazy. But real estate can be funny that way.