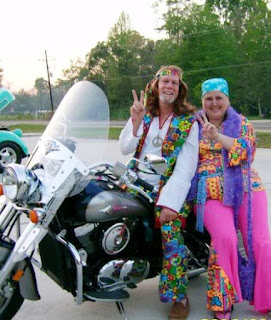 Oh those boomers. They are a often a well-intentioned and always a powerful lot!  Because of their massive numbers, they have been able to mold our society to suit their interests as they age through it, from the consciousness-expanding hippies to money-making Yuppies. But lately, I’ve been seeing the term “boomer” associated with some thing that sounds a lot more explosive, namely the phrase “demographic time bomb”. It certainly implies that we are going to be altered once again, but now by this big bulge hitting their retirement years.
As far as real estate is concerned, some writers and bloggers believe the boomers will lead us to a deep decline in real estate values with no recover for a very long time. Their argument goes some thing like this: The boomers are largely responsible for an inevitable housing correction that’s not based on interest rates or iffy mortgages, but on simple demographics. Unlike their parents who bought a house to live in it for 50 years, many boomers have moved around far more often and have invested far more heavily in real estate. And since they are one of the most voracious consumers in the history of the world, boomers have driven up the prices of homes to new heights. Soon many of the baby boomers are going to be heading into retirement.  And this is where the bomb comes in. After spending a great deal of their money on real estate, a large number of boomers will need to downsize, relying on their homes to fund their retirement. This leads to a lot of homeowners exiting the market at once and caboom! The housing market takes a nose dive. And since there will be such a glut of inventory left behind, it will take a long time to recover.
In some ways, I think it’s a pretty fair argument, though a little extreme. And the effects of this won’t be felt the same in every part of Canada.  From a Toronto perspective, I don’t feel there’s going to be an earth shattering caboom! Our market will rise and cool like it always has, and it’s very likely that the boomers will effect the market as they exit, but here’s why I think it won’t be as impactful:
1. Immigration. Immigration today makes up 80% of the country’s growth in population. And since most immigrants head to Toronto, Montreal and Vancouver, we are positioned pretty well to pick up the slack of any exiting boomers compared to other parts of the country.
2. They’re still here! The boomers are downsizing, not disappearing from the earth. So, they will be buying smaller and easier. Lower maintenance and no stairs. So, despite some current concerns over overbuilt condos, boomers are really going to serve a purpose in the coming years in that market.
3. City momentum. Let’s face it, over the last 20 years, cities have had a renaissance. Not just Toronto. Everywhere. Even rustbelt underdogs like Pittsburg and Cleveland have had a rebirth. Back in the 50s, the suburbs were the place to go, and the downtowns of the Western world suffered. But with insane commute times and the cultural appeal of living near or in the city, a lot of people have been drawn back to the urban fold. I can’t see this momentum changing any time soon. And as commute times become longer, and city neighbourhoods improve, Toronto will continue to have more appeal.
So, don’t be too angry with the Boomers. You can’t blame them for downsizing. And if I’m wrong, and the whole housing market heads south because of them,  there will always be those first-time home-buyers who will be very grateful for a welcome price reduction.