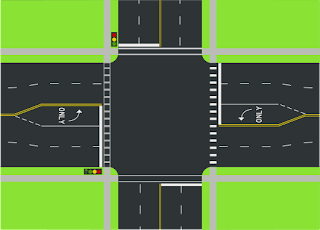 I had an open house this weekend for one of those listings that packed a lot of wow when you came through the front door. The owner had great taste and made all the right renos – the granite counters, the spa washrooms, loads of lights, plus the whole main floor was opened up.  It looked like a humble townhouse from the outside, but once you came through the door…Shazam! No one was disappointed.

The only negative I heard all week was that this particular home was on a busy street. Fair enough. Some people just don’t like busy streets. Can’t say I’m a big fan myself, BUT not all busy streets are considered equal. In fact, you should be very careful when selecting your new home depending on what kind of noise your busy street makes.

Here are the things you may not want to get too worked up over:

1. Traffic – That’s right traffic. It’s the reason the street is busy.  Sure, cars can be noisy, but with most busy streets, it’s done by the time rush hour is wrapped up. By the time you get to bed, most busy streets are much tamer. And you will sleep just fine.

3. Busy streets with certain commercial properties. Okay living near popular restaurants or bars can be a nightmare, but if you live near a lawyer’s office or a store that sells fabric, you’re not going to suffer too much noise. Again, if the car doesn’t stop, you are in luck in terms of the noise factor.

Things to worry about:

1. Public Transit – Enemy #1. If there is a lot of public transit on the street, it will be noisier. Buses stop and grunt and discharge. Streetcars can be okay unless they have to turn.  Because if they do, get ready for some thing that make nails on a chalkboard seem like a treat.

2. Honkers. I don’t know why but some streets attract a lot more honkers. You really have to spend a bit of time at an intersection at rush hour to know how bad it gets on certain streets. Some busy streets have them. Some do not.

3. Fear the humans. It’s not the driver who is on his or her way home at midnight that is going to wake you up in your sleep. It’s screeching laughter, loud-talking drunks and general merriment that will keep you up. They’re having a good time, but you’ve just been woken up. Mild traffic is just the sound of the city. Sudden noises is the stuff that jolts you outta bed. So watch out for human traffic. That’s the kind you want to avoid.

Luckily, for my listing this weekend, at the corner of Gerrard and River, it isn’t so bad. The house was build well enough that you couldn’t really hear the traffic once you were inside. By the time you made it to the backyard, you would have no idea that you were not living on a quiet street.