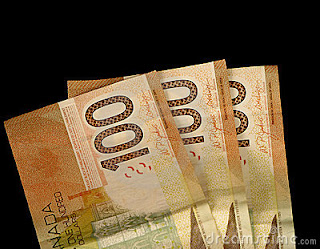 I received a call the other day from a Toronto magazine researcher who was trying to figure out where the next up and coming neighbourhood is going to be for 2011 and 2012. She asked me if a couple had a $300 000 limit, could they buy a decent but humble house in one of the latest emerging neighbourhoods in this city.  The key word to focus on here is “emerging” because I think you can buy a house for that price in a neighbourhood that won’t likely improve much.

It’s a tough one. She wasn’t asking me about emerging neighbourhoods, but about pre-emerging neighbourhoods.  I told her that Carlton Village in the northwest part of the city comes close. It has some promise though a long ways to go. I’m not sure you can get a home under 300K, but the neighbourhoods around this area are improving. So, it makes sense that this one will too. How fast is any one’s guess. The homes are still not as renovated but they’re decent stock – with the right renos. There’s not groovy coffee shops nearby or yoga studios to visit yet.  You’ll have to travel a little for that, but as far as this city goes, it’s a good place to get in.

Outside of the old city limits of Toronto, you can certainly find a house for under 300K, even in Etobicoke and Scarborough – though be very selective buying here.

The truth is, if your budget is under 300K and you want to live in the city, buy a condo.  Yes, condo fees can be pricey, but it’s a good place to start for your first home. Same rules apply here. Buy in an emerging neighbourhood or even an established one. But also buy is a smaller development, like a townhouse or some thing that is unique. If you live in a 40 story condo, there are probably 3 or 4 condos for sale at the same time when it comes time to sell. So, you’ll always have competition. Older condos are good if you want a lot of space, but they do start to fall apart after awhile, sending maintenance fees up. They also don’t sell as well if they look dated. Best to get in early on a newer development, then sell it in 5 to 10 years before it becomes too dated. Then go buy your awesome house with the money you hopefully make!