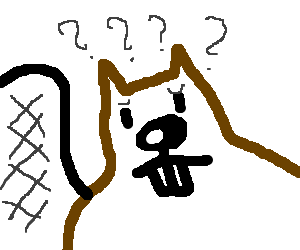 I really do have to scratch my head when I see the Canadian government in action trying to control the housing market. And right now, the Feds are pretty keen to cool it down, particular, according to them, when it comes to Toronto condos. The assumption, and it’s mostly a false one, is that the government controls the housing market and can change it’s course as they wish by making sweeping, one-size-fits-all changes to a large number of complex housing markets that exist across the country.

Their intentions are good: They would like us fellow Canadians to bypass a housing crash,  and keep our debt levels in check, especially since we had front row seats to the action-packed American crash for the past several years.

One of the reasons the Feds believe the housing prices are higher in Canada has to do with the low interest rates, rates that Mark Carney will not change soon.  Even though record low interest rates in the U.S. has not pulled their housing market up, it has allowed many more Canadian to afford bigger mortgages at lower rates. But since the rates aren’t going up to cool off the housing market, the government feels it’s just gotta do something.

So on July 9th of this year,  there will be more restrictions to qualifying for a mortgage, and this in turn, should cool off the market -according to government thinking.  One of the changes is pretty significant, especially if you’re a first-time buyer. That is, the Feds will be bringing down the amortization from 30 years to 25 years.  The other changes, however,  won’t have much of an impact. Like a comet the size of a coconut hitting the earth. Nonetheless, these changes include: No high ratio mortgages over a million dollars. I imagine most people who are spending over a million are probably on their second home and will likely have the home equity to bypass the high ratio mortgage category here in Toronto. So, no big worry there. Next, you can borrow equity against your home  at less than 80% instead of 85%. Again, I shrug.

Most importantly is what’s not changing: the minimum down payment is still staying at 5%. If they changed that, then the impact would have been bigger than a coconut.

But enough of the coconut talk. The truth is, we won’t really know if these changes will make much of an impact until after they come into effect. And if the market happens to cool, would it really be because of these changes?

History can give us an idea of what to expect. You see, this is the 4th time in 4 years that the government has stepped in and tried to tinker with the housing market to cool it down. Clearly, it hasn’t worked yet, and I’m not convinced it’s going to work this time.

I do think it’s interesting that the Feds have purposely targeting the Toronto condo market as a thing that needs cooling. In my experience, some great condos have led to bidding wars, but I find the condo market to be quite balanced at the moment, and the increases, year over year, have been good, but much less compared to houses in Toronto. Houses have been on a tear. Though not as many bidding wars as we’ve seen in the early Spring, the housing market is really where the market may need some taming.  But I’m not sure the Feds can do much about it. As far as I’m concerned it’s simple economics: Lots of condos are being built. So the demand is being met (even exceeded in some locations). Very few new houses are being built in the GTA, but demand is increasing. So condos appear more balanced and houses continue to rise in price.