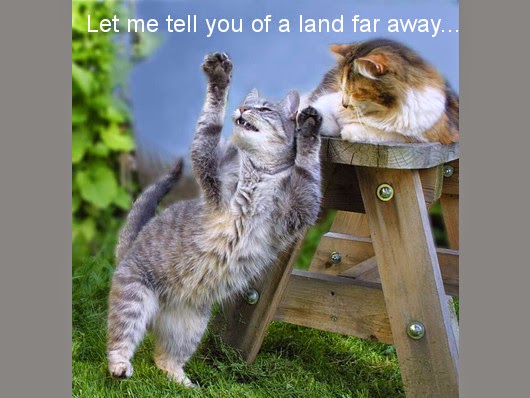 The winter of 2014 may have marked an end to an era for many first time buyers and savvy investors looking to purchase a Toronto house or investment property.  Slowly but surely, neighbourhoods along the Bloor/Danforth line that were once affordable have been disappearing.  Now, it looks like the last two neighbourhoods of house affordability near the subway are turning over. Up until this year, one neighbourhood in the east and one in the west were still in their early stages of emerging as a revitalized neighbourhood for many buyers who wanted to be near the Bloor subway. The Danforth Village and Wallace-Emerson were the last two areas to go. In the west,  Wallace-Emerson has become a place of bidding wars and steep competition. The local indie businesses have arrived here from Body Harmonics Pilates to The Hub, the new indie coffee shop. Nowadays, some are even throwing around the terms “new Queen West” to describe the influx of hip stores and trendy shops arriving.
In the east, the Danforth Village from Main Station to Victoria Park has been a growing destination for first time buyers, and investors that continue to roll along the Danforth line to the end of the old Toronto city limits. Though it does not quite have the hip factor as far east as Vic Park yet, this is also a place of competitive bidding wars, strollers, and great transit. Though there are a few spots where a first-time homebuyer can pick something up for under $500K at the moment, even affordable houses in this neighbourhood are becoming as rare as spotting a sasquatch in a tutu downtown.
Of course, buyers who have bought here will be thrilled that they have invested early enough to benefit from the rapid price appreciations of these emerging neighbourhoods on the Bloor-Danforth line. Many blossoming investors and first time buyers may feel a little blue at this news. There may be a sense that they have missed out on a time when buying a house near quick and easy transit was possible.
Before you release those bitter tears from your sad eyes, and  run off to buy a suburban house in Milton, let me tell you that there is hope. The end, for you, is not nye. You can buy a house or investment property in an emerging neighbourhood near good transit in Toronto in the years to come.  The only problem – it’s not built yet.
So, perk up first-time buyers and investors because the Eglinton-Crossway is coming! Maybe you do not spend much time up on Eglinton, but it doesn’t matter because this transit plan will transform many neighbourhoods and create quick access to downtown.
How fast will these trains move? Well,  the expert estimations of Metrolinx have a trip from the far west destination of Mount Dennis to the Kennedy station in Scarborough at 40 mins. Not bad at all. That’s 60% faster than the current buses plus there is a good portion of this LRT that will be underground from Keele to Laird and a dedicated lane above ground in all other portions of this line, making it traffic proof. For more detail, check out this map.

Who’s going to benefit? In the west of Toronto, you will see neighbourhoods like Mount Dennis, Caledonia, Keelesdale and Weston become much more connected to the downtown, turning them from inaccessible outposts to easy transit hubs. And right now, these neighbourhoods carry some of the most inexpensive real estate in the city. Places like Weston even have some incredible Victorian and heritage homes. Again, you don’t have the yoga shops and espresso bars yet, but this is why this place is still inexpensive. Eglinton, from east to west, will see an improvement on its commercial strip, though some businesses may suffer during construction.
The big winner in the central location will be Oakwood. Still undervalued, in my opinion, and soon to be a great access point to the rest of the city.  It will make its northern frontiers much more appealing, in addition to being a spillover neighbourhood from the Wychwood neighbourhood to the south.
In the east, parts of Scarborough will feel significant improvements, especially in neighbourhoods like Clairlea-Birchmount that will also receive the overflow from the Danforth Village once those homes become too expensive for first time buyers and investors on a budget.
Maybe you’re thinking: Houses are too much work. Condos are where it’s at.  If that’s the case, this transit line should interest you as well. In many of the neighbourhoods mentioned in the east and west section of the line, there is little or no condo development, and believe me, it will be coming, and those first roundsof condos will be priced lower than the ones to follow.
Service on the Eglinton Crossway is scheduled to start rolling in 2020.  So, you may need to wait to have a good return on this investment. Still, this is the largest transit expansion in Toronto’s history that literally crosses the entire city. There are real opportunities to be had. So, make sure you don’t miss the discount house prices near good transit. It won’t last forever.