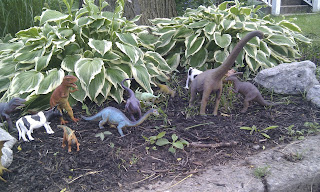 Community is one of those wishy washy words that I don’t like to throw around. It means different things to different people. For some, a good community is a lawful place where there’s no crime, a certain bland consistency and a sameness that can feel great for insiders, and lousy for the outsiders.

I prefer community to be a place where different kinds of people have a common thread, a desire make a particular neighbourhood feel more friendly. People care about their  homes. They want to have distinct local business. And they want to bump into friends at the coffee shop.  Whether you crave community or not, it’s a key ingredient for an emerging neighbourhood. Good coffee shops, restaurants, parks, local events, like farmer’s markets or a music or art festival, are the usual markers of a neighbourhood that is building a stronger  community.
But sometimes community can grow out of some thing quite small, and unintentional. I have a friend, Amanda, who lives in Dufferin Grove. Amanda’s been around. And by that I mean she has lived in a lot of cities. She was born in England, moved to Boston and now lives in Toronto. Each place she goes, she and her husband have to build a new group of friends and tap into their local community. She has two sons now. And recently, for her sons, Amanda put 2 toy dinosaurs in the front garden. She told her sons that the front garden was going to be their new home. The hostas will provide shade, and protect them from extinction-sized comets.  They became part of the flora and fanua of the garden.
Then one morning, Amanda noticed there were more than two dinosaurs in her garden. There were four. And from there, it grew. Every one from the neighbourhood began adding dinosaurs to the garden.  If I mention the dinosaur garden to any one I know in Dufferin Grove, they all know exactly what I’m taking about. In fact, they light up with a kind of pride that their neigbhourhood contains this unique and unusual place.
Now maybe you don’t want dinos in your garden, but personally,  I think that says something quite nice about community. With absolutely no intention or committees or budget, a local dinosaur garden was formed from the creativity of a group of neighbours who may or may not even know one another.