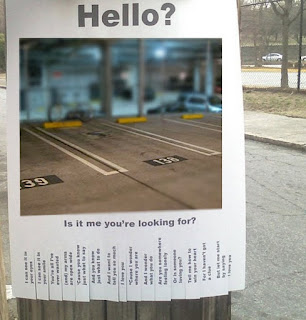 I recently chatted with someone who bought a condo downtown around Queen and Yonge for what seemed like an amazing price. A loftie, exposed brick, open concept place that sounded like a real find. But the dream became some thing less dreamy pretty fast when he told me he didn’t have any parking at his new home.  So now this guy, who does own a car, is going to have to park on some of the most congested park-unfriendly streets in the city. And the funny thing is, he thought he found the deal of a lifetime. But the reason he was able to find a unique, large loft right downtown at a great price is because there is no parking. You take out the parking and the price drops significantly, and for good reason: People love it. And the older they get, the more they want it. Every time I hold an open house whether it’s a condo or a reno’d Victorian, one of the first things out of peoples’ mouth’s is: Where is the parking?

Even if you never plan to drive a car, you could always rent parking out and make yourself some money. And if you change your mind, maybe you can buy it once you need it- but it won’t be cheap.  Some estimate that parking spots in key neighbourhoods in downtown Toronto condos can be sold for over $70,000.

I have never heard of a condo that has too much parking. In fact, I rarely hear of a condo that has available parking spots to sell. You may think you’re are getting a big deal  on that house when you find a place with no parking, but when you go and sell it down the road, the big deal will repeat itself, but you won’t be on the winning side of that deal. So, do your future self a favour. Get parking, get parking, get parking.