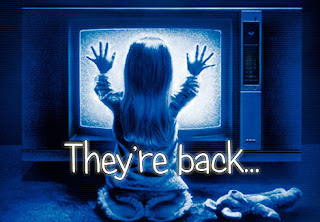 I’m not sure they were ever really gone, but it seems as we move further into 2013, first time buyers are coming back to the real estate market. After crabby reports  on the slumping prices in Toronto in the second half of 2012, first time buyers are putting up their mitts in bidding wars for houses across the city.

And if you are one of these first time buyers, it may feel like you just can’t catch a break. No one could use a drop in the value of real estate more than someone who would like to buy their first place. They have every thing to gain from a price drop and nothing to lose from one.  And though there has been a little weakness in certain segments of the condo market in Toronto, first time buyers remain in a competitive price range, especially when it comes to houses. In the last two months, I have had more competition in the first time buyer housing segment than any other.

Not only are they in a competitive price range, but first time buyers worry that Toronto will become too expensive, and they’ll get priced out of the housing market. On the flip side, they are concerned that Toronto is at it’s real estate peak. After all, they have a lot to lose if the market heads south, especially if they have just bought a property.

Yeah, it may seem a little grim, but here’s why some Toronto first-time buyers are not feeling so glum:

1. Yes, houses are competitive, and there can be bidding wars to buy them, but they are great investments. There are only so many left in this city, and at some point, first time buyers won’t be in the price range to buy houses in Toronto at all. In the near future, buying a house for a first time buyer will simply be out of reach. But it isn’t yet. Even though it is in a lot of other cities, like Vancouver.

2. Condos are still affordable. So, maybe houses are already out of reach for some first time buyers, or they would prefer the ease of a condo. If that’s the case, there are a lot of condos to choose from. But do pick wisely. Though the larger condo developments may seem cheaper, they often do not increase in value in the same way as a townhouse or a midrise or lowrise.

3. Rates are good. I know we keep hearing this all the time, but it’s true.  Plus, renting isn’t much better than buying. Yeah, there are those who think you can rent and invest and make/save more money than if you buy, but I don’t believe it. Rents have done a pretty good job of keeping pace with the rise of house prices. In fact, some can carry a mortgage with the rent they pay. So let’s say you currently pay $1500 in rent.  If you put 5% down or $15 737, you can have a purchasing price of $314 733 with that $1500. Then you start to build equity.  Of course, this is all with what the lenders are offering now, according to Joe Sammut at Mortgage Architects. This can change. And it does take time to build enough of a nest egg to cover a down payment and some of the closing costs. At the end of the day, though, once you buy a home with a 25 year mortgage, you pay the same mortgage every month for 25 years with a variation on the interest rates only. Rents go up.