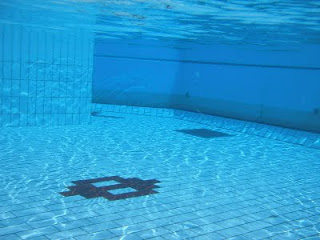 When I was a kid, I didn’t have a pool, but I had friends with pools, and on hot summer days I would give them a call to see what they were doing. I would never ask if I could come over for a swim, but I would hint. “Wow, it’s hot out,” and hope they would take the bait and open the gate for me and my towel. Pools reigned supreme in the 70s and 80s. At one point, it was a bit of a status symbol to have a backyard pool. You can be the nerdiest kid on the block, but if you had a pool, you would be the coolest and most sought-after friend. At least until the end of the summer.
Then some thing happened. The tides turned – at least as far as adults are concerned. Many homebuyers began to develop a distaste for pools. Why? Because it cost money to maintain, they take  up too much back yard space, and you only use them for 4 months of the year. Fair enough, I guess.
I currently have a listing coming up with a pool. Luckily, the pool is above ground and could be easily removed, and it does not dominate the entire backyard, which has been landscaped so that the pool is not the only thing interesting behind the house.  In a sense, you could have your cake and eat it too in this home.
Regardless, I think the pool may actually scare off a few people when they see word “pool” mentioned in the listing, even though the house is well priced – in my biased opinion.

I have to admit that if I was selling this house in March with the dead leaves and the sunken cover over the pool, I would think it was a real eyesore, an unfortunate thing to have in your backyard. But it’s different in the June. It’s blue and swirling and just so inviting on a hot day.  I think of the entertainment potential. Though pools may be far less in numbers than decades ago, a summertime pool  still gives you the power to create the fun in your own backyard. People will come to you. And though you can’t use the pool year round, I ask you: how many months do you actually spend in the backyard any way?