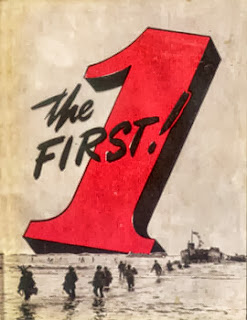 Do you ever notice that some of the best condos in many Toronto neighbourhoods are often the ones that got there first? What do I mean by that exactly? Well, take Liberty Village for example. Here was a place that 10 to 15 years ago was pretty much empty with the exception of some old warehouse buildings longing to be converted into condos. Then some developers had the idea to buy up available warehouses and transform them into condo lofts. And it’s these condos, in an emerging neighbourhood, that often turn out the best.

Why, you ask? Well, for two reasons. First, the land that was purchased when there was very little infrastructure in place. That means, no grocery stores or pharmacies or hipster restaurant or espresso bar nearby. For a location like Liberty Village, putting the financing together may not have been easy for a developer, but the land had been much less expensive when there was a risk that no one would want to live there. So, the condo builder is able to spend money on other things – like a better design and nicer units. For buyers, since the builder is gambling on a new area, then initially it would have cost less to purchase. Still, even if you buy your “first to arrive” condo, once all the other condos have built up around it, you still win. The units may not be as inexpensive, but you will benefit from the better design that was put in place long before you arrived. Those condo builders who come later to the game usually have to spend more money to obtain the land, and they have to build higher (city permitting). Since they spend more on the purchase of the land, less money goes into the condo, and the design is not as fancy or the layouts are smaller to make more money off of more units.

In areas that had a lot of vacant land before they became condo meccas, like Liberty Village and the Distillery, it’s easy to see why the early bird gets the worm. Corktown will be interesting since all the buildings went up all at once – no one actually got there first, though some can argue that a few arrived a little earlier than others. Regardless, it may be tough to pick the best one of the bunch yet. What Corktown does have over an area like Liberty Village is a planned neighbourhood. The parks, the infrastructure, the size of the building were all smartly laid out first to fit in with adjacent neighbourhoods and natural areas. It did not run the risk of becoming overdeveloped and too densely populated. Overdevelopment can make transit and driving a lot more unpleasant than it needs to be.

In the future, Toronto still has some areas that may still undergo some condo-ization. Once that GO station is built is Weston, I suspect they will start to see some condos going up there. Regardless, if you are a risk-taker who buys the first condo in the neighbourhood where no condo has gone before, or if you are buying in one of the first condo buildings to go up in an area that has already been completely filled up, buying those “get there first” condos can be a smart purchase. I wouldn’t say it’s a hard and fast rule, but it’s a good rule of thumb.