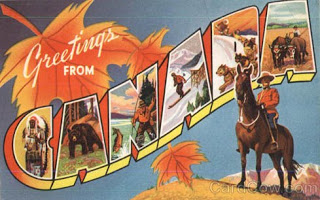 I think most Canadians can admit that we are a little home ownership crazy. People like to talk about out-of-control bidding wars and neighbouring properties that never sell like they do about Miley Cyrus on the MTV video awards. Not quite as titilating, maybe, but certainly more impactful to our lives.
But just how does Canada stack up with the rest of the world? Well, it’s pretty high up there. Of the 196 countries in the world, Canada is ranked 16th, slightly ahead of the U.S. and slightly behind the U.K. As of 2006, 68% of Canadians own their homes. Some believe that number may have cracked 70% since then.
Many believe that North Americans love home ownership more than Europeans because they have a history of land ownership that dates back centuries. Immigrants once came to the Canada and the U.S. where they were offered land for practically nothing, and if they were lucky a free mule was thrown in. In Europe, land ownership was often geared around the upper class. Peasants would rent from the gentry. As you can imagine, this model does not hold up as well nowadays.
Today, home ownership has a lot to do with the policies of the government, of a particular nation and the culture of that country. In Europe, for example, Germans are super keen on renting. They are a bit more cautious by nature, and the federal government does not make purchasing easy. Taxes are much higher in Germany and a buyer requires a 20% down payment. In addition, the increase in property values across Germany has not increased a great deal in value over the past 10 years compared to other European countries. That is why places like Berlin have a 90% rental rate. Financially, it may be easier to just rent. The UK is quite different. Despite their drop in property values since the recession, the value of their properties have doubled in the past ten years. And when Brits can’t afford to buy in expensive cities like London, they go to Croatia and Spain and other parts of the EU to hunt for properties. They see a good return on their investment and they want to own property, even if it’s a big commute on a plane or train.
Canada may be slightly lower than the UK, but we prefer home ownership as well. Since 1971, home ownership rates in Canada have plateaued for a short time, then rose steadily.
Some argue that home ownership rates may be peaking now in Canada. The government is making it tougher for first time buyers to qualify. Prices in cities like Vancouver and Toronto are making it costlier for people to get into home ownership, even thought the cost of renting has increased substantially as well. That is why home ownership rates have declined among the lowest income earners in Canda in the last ten years.
In Canada, home ownership also has a lot to do with whether you have children. Even single parents have a higher rate of home ownership than couples with no children. Of course young families with kids are most likely to be owners. The biggest change in Canada, though, has been the fivefold jump in home ownership with unattached youths. From 1971 to 2006 the rate of home ownership jumped from 13% to 60%.
At the end of the day, the question usually becomes: Is home ownership worth it? Well, if you live in Germany, maybe not, but if you live in Canada or the UK in the past 10 years, it’s definitely worth it, or at least nearly 70% of all Canadians think so.