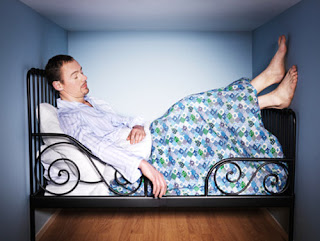 I received an email the other day from a renter who was tired of renting. And who could blame her? I’m told her landlord, who lives in a different unit upstairs from her, is her ex. And they don’t currently have the best relationship. So, she’s looked around a little for a new place to rent, but she doesn’t like what she’s seeing.

It seems that some thing is happening for renters in Toronto these days.  Years ago, the fair share of city rentals were located in houses or apartment buildings, but now there are far more condos for rent and slated to be built. I even spoke to a friend today who own several large houses in High Park with separate apartments in each house. As I write this, he is turning a large two bedroom unit in one of his houses into two separate units. His logic: His one massive 2 bedroom will soon be the size of two condos. Condos are becoming his competition, and he can make more money off of his two smaller units than the one big one.
From the perspective of a renter with the ex upstairs, she wonders: Why should I rent a condo sized unit when there are condos for sale?  Rents in this city have gone up quite a bit these past few years. So,  why keep renting if the rents will just keeps going up?
Well, simply put. She’s just not ready yet.
This renter plans to buy in a year or two, but she’s also wondering if she can skip the wait, and just go for it  now. So, she asked: What’s the cheapest condo I can get downtown right now?
I know… It’s a pretty loaded question! So, let’s break it down. First, the one word you should zone in on is DOWNTOWN. Outside of downtown, you can certainly find much more for much less. Also you should consider that  you have to live there. So the cheapest condo in downtown is not going to be cheeriest place to come to at night. Plus, you have to pay maintenance fees on the dump.
I posed her question to a number of real estate agents in my office.  It became a bit of a debate, but one with a consensus. And that is: You could buy a downtown condo for 200K. I think it’s a bit more, but who am I to mess with a consensus? This unit would likely be in its original 70s or 80s condition with no parking or locker – so a dated kitchen, probably carpet or parquet flooring a la an apartment building complex. It would be a bachelor. So under 500 sq ft. for sure. Possibly in a building like 40 Homewood or 80 Charles – not terrible condos at all, but a place that has the basics downtown.
If you want some thing a little prettier, you can get up to 250K to 275K.  Still mostly a bachelor (maybe a one bedroom) with no parking. I’ve actually have seen some pleasant units in this price range, but it’s a rare find.
If you don’t need to be downtown,  you can definitely find space, a nice view, even 2 bedrooms north of the city. You may have a much longer time on transit if you work downtown or you may have to flat out get a car.
It comes down to the old trade-off.
Downtown: Buzz, social, easy transit or walkablility, BUT tiny, expensive units
Outside the city:  a little dull, long transit rides, traffic BUT large units at a less expensive price.