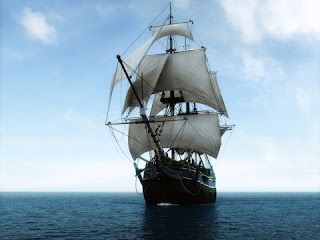 A couple of months ago, when I was obsessed with the Olympics, I suggested that the housing market and the condo market were not in sync any longer. They are synchronized divers no more, to use an Olympic analogy.

And this desynchronizing has only become more pronounced since the summer. To simplify, the housing market is a sellers’ market with its limited supply and a decent amount of bidding wars. (In fact, I was in battle yesterday with 7 bids!) And the condo market is generally a buyers’ market with it’s larger supply and very, very few bidding wars.
But I wish it were that simple. Some great houses still don’t sell. It’s a mix of where you are and whether your neighbourhood is in demand. For some areas, I have a collection of buyers looking for houses in a certain price range who are frustrated by the bidding wars they have encountered despite the crabby, sky-is-falling real estate forecasts.
As far as condos go, don’t panic if you have one. And don’t think the world is your oyster if you are planning on buying one soon. Yes, the market has certainly cooled in the condo department, but it may not last as long as every one thinks. Just be wise on how you invest.
Here are a few tips:
1. Don’t buy new. It’s really not very appealing at the moment. Developers often project what they think a condo will cost on the completion date. They will use past sales patterns to project what they think a property will cost in say 2015 when the condo should be built. The thing is, it’s 2012, and they don’t know how much a condo will cost in the future.  They’re generally overpriced. In fact, as far as condos go, I say buy converted lofts – they are in short supply and usually increase in value.
2. All neigbhourhoods are not created equal. I am still a firm believer that if you are near an improving commercial strip, you will be making a wise investment. Look what a great commercial strip did for Leslieville? Now I’m looking at Danforth Village, Junction Triangle, Bloordale, Long Branch. When the economy tanked in the late 80s, the commercial strip in Little Italy on College kept on improving, bringing up the values of the homes nearby up in value.
3. Don’t buy in a giant building. If you have to sell in a buyer’s market, you’ll likely be up against someone in your building. Buy under 8 stories. At least you may be in a building that is not in a constant state of selling. Some units, however, in massive places are great if the unit is unique. The other exception: When you are a first time buyer on a limited budget, big condos an be affordable with maintenance fees that are spread out between more condo owners.