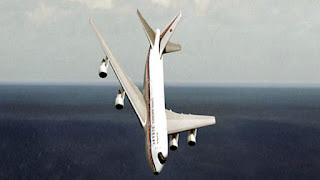 Is it here yet, the housing crash? Lately, this question has been asked of me more and more. With the ups and downs of the stock market, a new plot twist every week with the European debt crisis, plus the endless uncertainty of another reccession, you can’t blame someone for asking.

And to be honest, I don’t know. Housing markets ebb and flow, and they can certainly head down. But, no housing market stays down for the count. It always rebounds eventually, So, it’s important to look at the long term, and see what’s pushing Toronto to higher property values, and a good place to invest for the long term. First, we have immigration. Twenty thousand new immigrants to this city every year. Second we have the momentum of urbanization. Culturally speaking more people want to live in the city closer to where they work, and closer to every thing a city has to offer –   fancy food options, entertainment, and boutique shopping.

And then there’s the Green Belt policy to protect the lands from development around the city, and to encourage smarter, more densely populated vertical growth in taller buildings. This has led to some pretty unusual results as far as the city of Toronto is concerned. First, condo development and construction has exploded. Toronto has more condos being built than any other city in North America and possibly the world this year. That could sound pretty frightening, but on the other side, single family new houses being built in Toronto has fallen considerable. So, with these policies currently in place, it’s not such a bad time to by a house. After all, there are only so many houses in Toronto, and not a whole lot more being built. All the development is happening in the condo market because developers want to maximize the use of limited land in the city, particularly close to the subways.

So, this may not be a crystal ball as to the state of the real estate market in 2012, but I think for the long term, buying in the city, especially a house, will likely be a very smart investment decision.