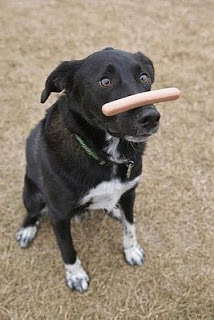 Everyone’s using it. It’s the new real estate catchword of 2013: Balanced Market. This term has been thrown around by agents, water cooler gossipers, pundits, think tanks, banks, cranks and columnists talking and writing about real estate in Toronto. It’s a pleasant pairing of two words.  It gives buyers, sellers and property owners of Toronto a sense of blissful calm. Far fewer jaw-dropping bidding wars where prices race forward, defied by logic and reason. No blunging values of properties, American style, to send fear through the hearts of all homeowners and investors. And no pent-up celebrations for all those buyers sitting on the sidelines for years waiting for the real estate apocalypse. It’s the universal pacifier for every one involved in real estate.

It sounds simple, the balanced market. No hastiness. No insanity. No sudden movements. There are some buyers, and there and some sellers, but one does not vastly outnumber the other.

But the truth is…it’s kinda complicated. There will be bidding wars, and there will be slipping prices at the same time. There are very few areas of Toronto that are truly balanced. Overall they balance out, but most homes for sale in this city are heading up or down in value.  No part of Toronto will function in the same way in a balanced market. Some areas will languish a little, and some will flourish even more. Personally, I will always assert that the emerging neighbourhood will outperform other neighbourhoods in the long run. House-rich and improving commercial strips like the West Bend, the Junction Triangle, Danforth Village, Long Branch and Alderwood will see improvements in the long run, in my opinion.

Of course, it’s not as straight forward as one neigbhourhood over another. Some neighbourhoods will have certain types of properties, whether houses or condos, that will do better or worst based on layout, street, or say, the healthiness of the condo corporation.  Even some houses in the same area may see positive or negative gains. Some larger condos will have a tougher time selling than their smaller counterparts. Some stats have shown that high-end condos have shown price declines. I am still participating in bidding wars with some condo townhomes and starter homes.I know I am biased here, but it is a good time to have an informed real estate salesperson or someone who has a sense of what neighbourhoods and property types are going up in price and which ones are not.

A balanced market does not mean all properties balance out the same way. It should calm the nerves of real estate enthusiasts around the city, BUT it also makes the idea of purchasing much more intricate. Not only do some neighbourhoods do better than others, but some properties will improve in value this year, while others will not. And they can be right across the street from one another.