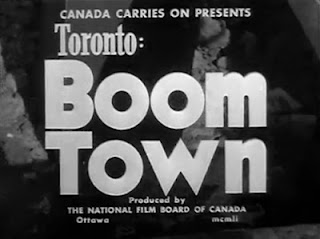 Demographics and real estate have a relationship you can’t really ignore. The baby boomers have been given most of the spotlight (or the blame) for how the real estate market has grown. This massive bulge of a population, born after World War II up  to 1964, have been largely responsible for the rise of the suburbs in the 60s and 70s, the revitalization of city neighbourhoods in the 80s and 90s, and some believe, for driving up the cost of housing wherever  and whenever they live.  They are not know to be a thrifty lot. They love to spend and live well.  Some now wonder if this culture-transforming demographic will be responsible for a housing price slump once they retire all at once. It is as if the boomers are the only demographic influencing real estate.

Little focus has been given to another demographic: The boomer’s kids, or as some call them, the Echo Boomer. This group born after 1972 to around the early 90s are often characterized as unambitious,  but they are also an influential force growing in power, especially when it comes to real estate in Toronto.

Why you ask? Well, this generation has different habits than their boomer parents. They do not like to commute. More of them prefer to live in the cities near their work, in the thick of the action, and avoid the traffic, which we all know has become a soul-crushing experience since the days when suburbs seemed a little more ideal.  And their numbers are big. They represent half of downtown Toronto (compared to a quarter of the provincial population).  They are a huge reason why so many condos are located downtown. In fact, to feed the housing hunger of these echo boomers, there have been 90,000 condo units built or approved to be built within the city as of the end of 2011, mostly in the core.

So, maybe you are already aware of this. All you have to do is walk around downtown Toronto and see that there are a lot of young people living in the core and living in condos.  Big deal.

But it is a big deal. Not only for residential real estate, but for commercial real estate and businesses looking to set up shop downtown.

In essence, these echo boomers play a big role in Toronto’s flourishing business sector where there are a number of commercial businesses moving back or starting up downtown. Back in 1991 when this demographic did not have much sway, downtown Toronto’s population growth slowed down to 5 per cent or less over any five-year period where the 905 region reached massive grown at 17 -18%. But since 2006, downtown Toronto’s growth has shot up by 16 per cent, surpassing the 905ers who have slipped to 13.7 per cent.

And because of this, for the first time in 20 years, growth in downtown commerical real estate is outstripping growth in the rest of the GTA. Simply put, businesses want to be closer to their echo boomer workforce that prefer to live in the city.
Sure, we can’t ignore that the boomers are going to change how and where we buy real estate in the years to come, but don’t count out the echo boomers, who have already showed us just how much they can effect real estate in Toronto.