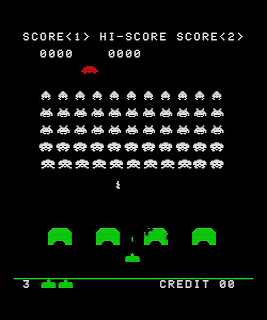 Lately, I’ve been seeing a lot of comparisons between now and the  late 80s. I’m not talking about the return of Dr. Pepper or that Atari is making a comeback, though I would be happy to see both of those again! No, I’m talking about how some people like to compare the real estate bubble of 1989 to now, as if we are all on the verge of falling over the edge into another abyss where prices fall for 7 years. No, there is a big difference between the 1980s real estate market and today’s market that don’t really make them good comparisons.
Back in the 80s, the baby boomers – you know, the largest demographic in history – were coming of age and discovering how to spend their money. So, you had a lot of people reaching the age they would like to buy a house or a condo at the same time. Also, women were entering the workforce in large numbers for the first time ever. With the usual guys buying homes, plus many more woman buying homes the numbers of buyers were big. Today, we don’t have that kind of growing demographic, though we do have some of the boomer’s kids buying more properties, and we do have more singles buying properties, the cultural shift is just not as sudden or as large as it was in the 80s. Initially this demand drove up prices, until they crashed.
In both the 80s and now, a lot of condos were, or are, being built. In the 80s, they were being built on spec, financed by banks and lending institutions without significant presales requirements. It took a long time to absorb all of these condos. And since the banks got burned, they changed the rules. Now, pre-sold condos need 70% or more sold before a shovel hits the ground.
And there were a lot of investors. 80s investors were a different animal, though, than today’s investors. In my opinion, there was much more speculation going on. The focus was more on flipping condo purchases for short term profits. Today, the investors would rather rent their units or homes out than to sell them. They are less likely to dump their units for a lower price. Sellers don’t have to sell and are not forced to do so.
Today we don’t have the same stressors. Yes, interest rates have crept up a little, but they didn’t jump one percentage point like they did over a week in 1989. Since everyone is starting to have a more Japan-like economy where growth is slower, and inflation is low, the interest rates will probably not go up by very much.
Also in 1989, we saw a spike in unemployment. Between 1989 and 1996, we saw a decrease in prices of over 50% in Toronto.  We also saw a rise in unemployment in 2008 and the start of the recession, but prices only took a pause before rising again.
Finally, you may find today’s prices high, but the pace of price escalation in the late 80s was in the double digits for several years  before the crash. From 1985 to 1989 prices increased by 113% or by an average of $240,992 in 2013 dollars. From 2012 to 2013 the increase in the price of an average home increased by roughly 5%, (Interestingly, if you take just houses and no condos, that number is around 8%).
If we could go back in time to buy a house in Toronto, I think we would want to set our time machines for 1996, the best year to buy a house in this city when the crash of ’89 had fully wiped out and begin to bounce back. But since I don’t have a time machine, I can only talk about the now and make some guesses about the future.
So, my future guesses would be: rates may rise a little, but they’ll stay pretty low; prices in Toronto will still go up, but not by double digits; the government will make it tougher for buyers to obtain a mortgage, and 1989 won’t be repeating itself any time soon.