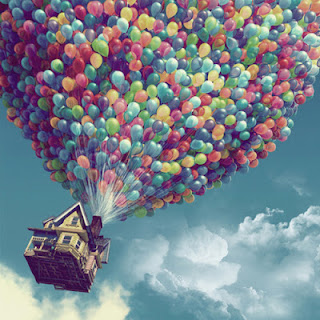 I think for many of us, we never thought the day would come. We have been warned over and over again, for years and years, that rates are going to start to go up very soon, but these frequent warnings have become as effective as a car alarm.

There has, however, been some changes in the past few weeks with the banks, and I think it’s time to start paying attention to rate hikes. And by paying attention, I don’t mean panicking that rates are going to return to the terrifying heights of 22.75%, as it did in August of 1981. That was a different time with a very different set of circumstances.

In the here and now, banks have been gently, but repeatedly, bumping up their rates. In the last week, rates have gone from 2.79 to 3.29%. My mortgage broker tells me she can barely keep up with the changes. Five year bonds keep going up, and the interest rates keep rising in step.  Though the rate hikes so far may be a bummer for any one with a variable mortgage, it probably won’t change the world for most. Still, some believe this is the beginning of continuous rising rates. They have been so low for so long there is really no reason why they wouldn’t go up. They certainly couldn’t go down any more.

But what does that mean for the housing market? In the short term, it’s making buyers move a bit more quickly to the buy. Many current buyers who have locked in their rates before they went up last week, have become more keen to buy now, before their pre-approved rate expires. So, if you were lucky enough to get locked in at 2.79 or 2.89, you will likely be a lot more keen on buying some thing with that rate while you have it. If you wait, you may lose that rate and have to take the higher rate.

In the short term, this is good for sellers too since it brings more buyers to the table. So, perhaps you own a property that has been sitting on the market for a month with no showings. This week you’ll probably get three or four viewings.  One property in the east end received 18 offers this past week, way more than any one has expected – or at least me.  And I’m pretty sure this has something to do with these buyers who would like to buy with the better rate. Of course, this is not the norm. It doesn’t mean all properties are selling off in huge bidding wars. It means there is a slight uptick in buyer activity and sales.

If rates continue to go up in the long term, it may effect the affordability of Toronto properties, effectively putting downward pressure on the rise of the value of homes. For buyers it simply means there money won’t go as far. So, on the down side, paying off a new mortgage of $600,000 may cost you more in the months to come than it done a few months ago.  But rising rates can also mean that prices won’t increase as much as they do when rates are low.

Also on the plus side for buyers, you will have less competition for condo units and houses. Because of the rising rates, some investors may start to find better returns on different kinds of investments, like a simple GIC, that will become more appealing at a higher interest rate.

If the government, like the banks, also raises rates, they will create some needed wiggle room. If the economy decides to tank again, the government will have a buffer. They can lower the rates and stimulate the economy, if necessary.  That would be pretty hard to do with today’s interest rates.

In many ways,  we may be returning to more “normal” interest rates. But if you are a buyer, you may want to get pre-approved and lock in your interest rate as soon as you can, and get out there and buy something. Sellers, your property will be a lot more appealing when rates are low. It’s one of the few times where buyer and seller can benefit at the same time.