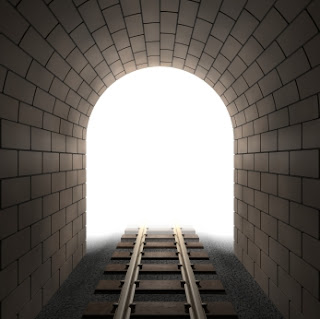 What do you think when I say Scarborough? If you haven’t grown up there and don’t know much about it, you probably think crime-ridden disaster, poorly planned screw-up, a wasteland of highways and 70s high rises. One thing I know for sure: It’s brand is not working. It’s been dubbed: Scarberia, Scareborough and Scarr Town. Not terribly flattering stuff.

For the past few years, however, there’s been a number of real estate watchers and investors who have claimed that Scarborough is ripe for a renaissance. A few years ago, it was considered one of the top 10 cities/zones for real estate investment in Canada. To date, it is consistently priced much lower than the rest of the GTA as a whole. Like Hamilton, Scarborough is seen as an underachiever, a place that has been  undervalued for too long. And I agree: It’s reputation has dragged down the real estate market more than it should.

Now, I don’t want to take this too far and say that Scarborough is a hidden gem. But I do think that Scarborough has been viewed as one big messy lump.  This corner of the GTA is mix of a wide variety of neighbourhoods. Some with much more promise than others.  And by promise, I mean a bargain to buy a house.

Personally, I’m not sure all of Scarborough will be experiencing a renaissance, but I certainly see changes happening, especially in the neighbhouroods that border Toronto. I would not classify them as emerging neighbhourhoods, but I would say there are ones to watch. And they may be suitable for those first time buyers who are tired of the bidding wars and the rising prices of so many Toronto emerging neighbourhoods that are just a touch out of their budgetary limits at the moment.

Recently, the bidding wars occurring with some regularity in the Danforth Village and even up in Lumsden  have been pushing new buyers east of Vic Park into Scarborough. Places like Oakridge or Birchcliffe are beginning to seem more appealing because of their affordability. Lots of people can’t get passed the Scarborough address, but your money does go much further our here. You will get more house and probably less renos. Life may actually be easier in Scarborough.

Of course, you don’t have to be bordering Toronto be a viable Scarborough neighbourhood. West Rough and Port Union are not bad options as well. It’s got the waterfront, the GO Train, and a lot of green space.

This is not an official endorsement of Scarborough. This is not the latest emerging neighbourhood to emerge, but I do think if you can live that far east, and you can get passed the Scarborough home address, you may find yourself a pretty great house.