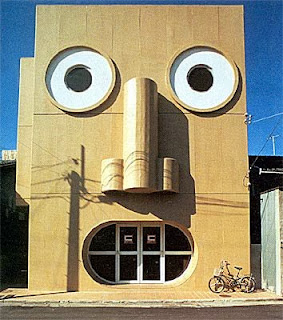 It’s tough for first-time buyers right now. I really do feel for them, especially if a house is the property of preference. On top of the Feds making it difficult for first-time buyers to qualify for a mortgage, there is a huge demand for houses at a time when most of the new inventory added to the Toronto housing market have been condos.
I remember when I bought my first house back in east end of Toronto, almost ten years ago. I would proudly tell my friends that I bought a fixer upper in this neighbourhood called Leslieville. Often, they would scatch their heads, and ask me: “What’s a Leslieville?”
At the time, Leslieville was only a place between Riverdale and the Beaches (now called the Beach). The Queen East strip was dead at night with a the exception of a few crusty bars that attracted a lot of folks that look like pirates. There were a few coffeeshops, and the beginning of some galleries, but it was not the go-to destination that it is now.
I did some very un-scentific research today with the help of the MLS to see what the prices were like 10 years ago in the month of September compared to the sales in September now. The median price in Leslieville was $251,500 at that time. Today it is $617,000, and that includes a disproportionte number of smaller homes that came out this month. So, to me, it seems that median pirce may be lower than it should be.
If I take a west end neighbourhood, like the neighbourhood I live in now, I can see a similar price appreciation. West Bend, like it’s neighbour, The Junction, was considered an early emerging neighbourhood 10 years ago. On the MLS, both areas are a part of “High Park North”. Ten years ago, in the month of September, the median price for a  home was $350,000. Today, though there have only been 4 completed solds to date in September, the average sale is $874,000.
All of this info can have two different outcomes, depending on who you are. First, if you own a house in these emerging neighbourhoods or another successful one, you are patting yourself on the back. Yes, we were all smart investors, and maybe a little lucky too.
Alternatively, if you are one of the Torontonians who have not bought property in this city, you may find this news a little depressing. You may even think the writer of this blog is a jerk for bragging about his investments. You may saying to yourself “If only I bought ten years ago, I could live in a great neighbourhood at a great price! It’s too late for me!”
But I’m here to tell you otherwise. In many ways, things are not that different now than they were ten years ago. I will easily concede that it’s more expensive to buy a house now,  and competition for finding a decent house is stiff.  Still, a lot of the same rules apply when I bought my first place in an emerging neighbourhood as they would today. Here’s why:
1. It’s Called An Emerging Neighbourhood for a Reason
Okay, today places like the Junction and Leslieville are trendy destination neighbourhoods chock a block of cool restaurants, community involvement and kick-ass farmer’s markets, but ten years ago, they were dreary, run-down and didn’t have much going for them. The Junction didn’t even serve alcohol ten years ago. So, it would be next to impossible to get a profitable restaurant  launched without a liquor licence. People would have rather lived off Roncesvalles where there was more of a neighbourhood feel.
2. You May Have to Go Further than You Feel Comfortable
At one point, the Junction was far way. Moving to Mimico was considered radical. I mean, it’s in Etobicoke! And yet, it’s now considered one of the best neigbhourhoods to live in – Top 10 in Toronto according to Toronto Life any way. My point is that if you want those first-time buyer houses at a lower price point you will have to go out to Danforth close to Vic Park, and even into Scarborough. If you want to buy a big house for less, you may need to consider Weston or even Caledonia-Fairbanks.  They may not seem like the greatest hoods right now, but after 10 years, they could be the next big deal.
3. You Can Always Buy a Condo
Condos are in much greater supply, but they exist in emerging neighbourhoods as well, and if you want to be central, then they are the perfect option. The good news is that condo prices are not running way out of control at the moment. So, they are still in reach for most first-time buyers, and in some ways the same rules apply. Emerging Neighbourhoods like Corktown will be, in my opinion, worthy neighbourhoods to invest in or own a condo in the years to come.
So, first-time buyers of Toronto, you don’t need to despair. Not only are condos in your reach, but houses too. If you want a house, it won’t be easy. Currently, it is still fairly competitive to find a house. So, bring your potential goggles, know you may have competition, and hang in there! It can be done!