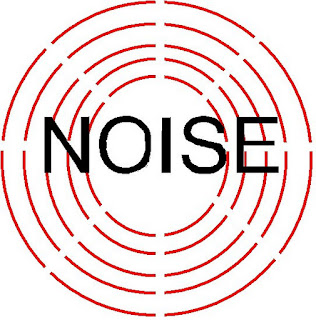 I’m lucky enough to live in a downtown neighbourhood where I can actually hear the peaceful purr of crickets on a summer night with my window open. On the other hand, I have a neighbour who owns a parrot that whistles at me each time I walk outside. It’s like walking by a construction site in a short skirt. Cute the first 5 or 10 times, but getting a little tired.

Wherever you live, noise should not be taken lightly. And when it comes to buying some property that you expect to spend some time in, noise can be a deal breaker. Every one has there own idea of what noise will drive them nuts, but here are my thoughts on what noises you should and should not take seriously:

TRAINS: Trains aren’t that bad. Well, maybe if it rumbles right through your back yard or if it backs up and moves forward all day, like in some parts of the Junction. Nonetheless, if you are considering a home near a route where the trains just whiz by, I don’t think this should be a huge concern. Every one I know who has lived by the track has told me that they grow accustomed to the trains very quickly, and they don’t even notice after a few months. It’s funny because I find trains tend to be one of the most feared forms of city noise when someone is considering a home purchase.

NEIGHBOURS: A bigger things to worry about are neighbours.  Until you’re moved in, though, it’s hard to find out if you’re going to be living next to a DJ who can’t sleep. You can always come by the property later at night to assess the noise levels, but that is no guarantee. It’s mostly a wild card, though you can use your better judgment. If you see a older couple with a pleasant house next door, chances are you can sleep fine at night. Though you may be the recipient of a few noise complaints yourself. If you’re in a semi, make sure your party wall has some sound proofing. In condos, ask current owners how well they can hear their neighbours.

CONSTRUCTION: Construction can be painful. Not only is it seemingly relentless, but it’s dusty and messy and can last up to 3 years with some homes or condos. The good news is that it usually happens at reasonable hours when you won’t be sleeping.  Also, if construction is happening next door, it will scare other buyers away, allowing you to buy your condo or house at a more reasonable price. A little pain at the start of your stay, but a better deal over all. The future you will be grateful.

BUSY ROADS: Busy roads can very noisy. The worst are the routes the emergency vehicles take. Sirens really do have the effect of bringing a peaceful silence to an end very quickly. Same goes for living next to the fire station or an emergency entrance at a hospital, though many of these emergency facilities do make an effort to keep the noise down.

STREET CARS: Then there’s streetcars. They are kind of a symbol for Toronto, distinct and eco-friendly. They do have a softer sound than buses, but if you are in the unfortunate circumstance of living too close to where a streetcar turns, then it’s like nails down a chalk board. You’ll find one ear drum-breaking turn in Cabbagetown at the corner of Parliament and Carlton.

Again, noise tolerance is a personal thing. Some people can sleep through any thing. But if you’re a light sleeper, like me, you want to be as prepared as possible.