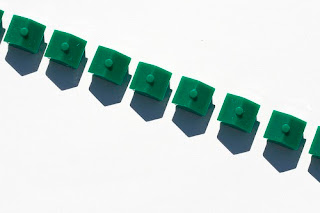 Bidding Wars. Buyers hate them. Sellers love em.  They are certainly less pervasive in real estate than they were 7 years ago. In fact, some Torontonians are starting to get the impression that bidding wars have disappeared from our collective radar like Richard Simmons or Tab Cola. But they’re wrong.

In the media these past few months, there have been more than the usual musings and articles on a housing correction in Canada, like it’s already happened, despite the fact that prices on average are continuing to rise in Toronto.  In addition, from a personal perspective, I have found myself in bidding wars these past few weeks, despite the latest round of predictions. And this leaves some of my clients scratching their heads. “How come I’m in in bidding war with 15 other people if Toronto is going through a correction?” they ask. It’s a pretty big disconnect, and it’s understandable why people are confused.

The truth is, bidding wars are alive and well in this market, but it’s not everywhere. So, let’s explore reason why it is happing in some areas and not in others.

Here is why  it is happening in some locations:

1. First Time Buyer Houses. Under 600K for a house is a hot place to be in most parts of this city, especially if you are close to a subway line in an emerging neighhourhood like the Danforth Village or the Junction Triangle. In these neigbhourhoods, you will likely see more bidding wars. Because of our green belt policy, the city is undergoing a lot more intensification. And building more houses do not intensify any thing. Simply put, houses are in short supply and few new ones are added. And because of that, there are fewer houses to buy.  So, the first time buyer are heading out to buy what’s left while they can still afford them. If it’s in a neighbourhood with an improving commercial strip and good transit, even better!

2. The Local Expectation.  I notice that some neigbourhoods have far more bidding wars than others. And a lot of it has to do with how homes in a given neighbourhood have sold in the months previous. If every seller is pricing their home below market value and receives a lot of offers, then this becomes the common practice in the neighbourhood. In some neighbourhoods, like Cabbagetown, I find that there are currently fewer bidding wars because agents and sellers seem to prefer to price their homes closer to market value or even a little higher. In other neighbouroods, like Parkdale right now, homes are more likely listed below market value, and then the bidding wars bring it up to market value or beyond.

3. Interest Rates: Sure, interest rates are low, but in the past few weeks they have crept up, just a bit. So, the buyer who locked in at a rate of 2. 89% for a 5 year term that is good until August will be more likely to buy before that rate expires when he or she would roughly have a new rate of 3.39% for a 5 year term. This probably won’t make a huge different, but it does, in all areas of the city.

And here is why it is not happening everywhere:

1 High End Homes – High end homes where we’re clearing about $1. 4 to $1.6 million just have fewer buyers coming to the table. The vast majority of people can’t afford this kind of home. So, they take longer to sell. It’s also a segment of the housing market that is just not moving much these days. There’s a lot fewer  people buying expensive houses or condos than there are buying a smaller condo, townhouse or starter home. So, bidding wars are unlikely.

2. New Construction: You really don’t have bidding wars for new construction, but I mention it here because it seems that some of the sizzle has fizzled these days from new construction. There was a time when people used to line up overnight to buy a condo at a certain project, and the next day it would be sold out. Those days are gone (for now). One reason is that the developers don’t offer very good pricing these days. Though there are more and more appealing incentives, it is still not leading to a product that people rush to. Plus, there is a lot of new construction coming on the market. So, from a supply point of view, there is a great deal of new condos to choose from. The exception may be conversion condos and townhomes. Like houses, there is a much smaller number of these types of properties on the market than condo apartments.

3. Giant condos – Condos that are several stories high will have a few bidding wars from time to time, but generally, they don’t. I think there’s a belief out there that if you don’t buy a certain unit you like in a large building, you can wait a month or two and a similar unit will pop up. Or maybe there are several same sized units in the building on sale at the same time. Unless there is some thing special about the unit or there is little turnover, it will likely not be sold a la the bidding war method.

All in all, I’m not saying that bidding wars necessarily mean that a given area is healthier than another. Bidding wars are not always a good thing. When one property sells for 100K over asking with 25 offers, it may have less to do with the property being fantastic, and more to do with the property being underpriced to begin with. Still, it can also indicate that the seller or buyer has  a certain confidence about their property. They feel it is important to let the property be exposed for a certain period of time. Any way you slice it, the bidding war has not gone the way of the dinosaur. As far as Toronto is concerned, the bidding war has gone the way of the raccoon. Still among us.