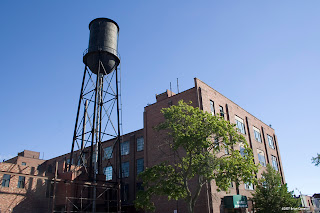 Once a neighbourhood starts emerging – and I mean fully emerging – there is no stopping that kind of momentum.  In some part of Toronto, some locations have transformed from grim and even creepy to celebrated travel destinations raved about in the New York Times. We all know Ossington went from criminal gangs to fashionable night spot, and Leslieville went for Riverdale’s ugly sister to the belle of east Toronto. But the ones who are really patting themselves on the back are the ones who got in early. The ones who had the foresight, the bravery and maybe just the dumb luck.

My first home in Leslieville I bought for 242K. It was sitting on the market for weeks. The sellers really didn’t do much to improve it’s curb appeal, and Leslieville was kinda cool, but still a little unknown eight years ago. After 5 years, some renos and a stager, plus the rise of Leslieville as a neighbourhood, I was able to sell for almost 540K after 15 offers. I know. Aren’t I the greatest thing? Well, not really. I thought those who bought it paid way more than they should have, but they turned around and sold it for 680K two and a half years later. So looks like the the emerging continued once I sold. It goes to show you that an emerging neighbourhood can still outpace the rest of Toronto, even at its later stages, but that’s not what I”m talking about today.
I’m talking about getting in early and holding on long enough. So some things to look for in a potential emerging neighbourhood that is still in its budding phase:
1. a good commercial strip: Even one indie coffee shop is a good sign. If you don’t have that, is there a commercial strip that has a community feel? Is the city planning on fixing up the area? Is there a growing community involvement? Some areas are not near a great commercial strip. Neighbourhoods like Alderwood, though, are near great parks and ravines. So, that helps too.
2.Proximity. If you’re close to an emerging neighbhourhood, people will start to become priced out of that neighbourhood. So, they will look to live nearby.
3. Transit: Can you get to it? Weston Village will have the Go transit stop soon. That will work well for them. Junction Triangle near Lansdowne and Bloor is right on the subway.
And of course, you have to be okay with living there. You have to be that person who can see the potential. And if you are, then you’ll be happy, and hopefully richer in 5 to 10 years.