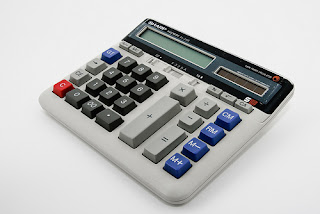 I get it. Toronto doesn’t have any money, and they need to collect money to fund the things that cities do. I’m not here to weigh in on how Toronto should do this. Yes, there are some inefficiencies in local government, but Toronto has had a lot of services downloaded on it, federally and provincially, over the past 15 years. So, as a solution, the Toronto of 5 years ago decided to create a new revenue stream. And that revenue stream came in the form of the Municipal Land Transfer Tax. So, for those of you who are not familiar with this, we already have an Ontario Land Transfer Tax, but as of 2008, we also have a land transfer tax for Toronto. So, if you buy a property for for $500,000 you would have to pay $6475 in Ontario tax and $5725 in Toronto tax. Of course, if you were a first time buyer you would be forgiven around half of this, but if you’re not, that totals $12,200. That’s a lot money. Again, I’m not here to weigh in as to whether the city needs money – it certainly does, but by almost doubling land transfer tax, you do alter the local real estate market.

Toronto is the only city in Canada that charges a land transfer tax on the purchase of a new home. Last year the City was expecting $240 million, and they received $330 million. So, it’s working to generate money. That’s for sure.
The funny thing is, many believed that an additional tax would cool prices off a little in Toronto. If buyers have to pay more in land transfer tax, the actual sales price of homes would drop a little so buyers could cover their extra tax cost.
The crazy thing is: The exact opposite is happening. But why? Because current homeowners just don’t want to move. If someone is planning to sell their starter home and move up to some thing bigger, and now land transfer tax is almost twice as much, it cost a lot more to move. So, they don’t sell. However, if you are a first time home buyer, the government may rebate a good portion of your land transfer taxes. In the example of the $500,000 house, you would pay about half the land transfer tax if you qualified for the rebate for the first time buyers plan. If you buy a condo for $300,000, then you pay a mere $975. Pretty good for first time buyers, if they qualify. The land transter tax has a much smaller impact on their finances. So, first time buyers are not discouraged. The result: New buyers still want in. Those who already own a home and are consider selling, don’t move because they don’t want to pay all the land transfer tax.  So, a situation has arisen where there are more buyers than sellers. And we all know what that mean: more bidding wars and higher prices from fewer listings hitting the market. So, as a result the land transfer tax has played a key role in making the price of property more expensive in the city.
I have a feeling that the city is not going to give up on such a revenue stream very easily, despite some grumblings. It’s kinda like income tax. It was only suppose to be for a temporary tax back in 1917 to generate money for the war, but once the money came in, the goverment could not live without it.