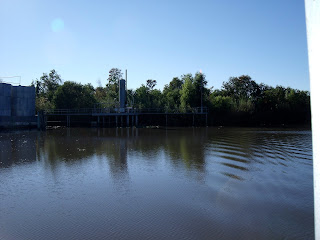 People like lakes. And so do I – especially ones that you can swim in during the summer. Mimico and Long Branch are a pretty unique part of Toronto in that both neighbourhood border the lake, though I don’t know about the swimming option for Lake Ontario in these parts. As far as lakeside communities go, they’re fairly well priced. Of course the closer to the lake you are, the more it’s gonna cost you, but even this is relatively new in south Etobicoke.

I remember celebrating my sister birthday at her friend’s home about 7 or 8 years ago, a simple, but well-maintained bunglow on the lake with a humble row boat at the end of the yard. Even then I was shocked that any one can just live on the water like that so close to the city. It felt like a mistake. You couldn’t go swimming in it, and the ugly view of Hamilton was not very inspiring, but it just felt nice to be near the water. I felt calmer somehow. Since then, my sister’s friend sold her place for a healthy profit and the whole house was knocked down to make a far fancier home. I don’t think it would be easy to find a lakefront property in Toronto these days, even in more affordable Mimico and parts of Long Branch.

But still a strange divide has happened. I have a listing, not even a block from Lakeshore Blvd. A great place, but you can’t see the lake at all. Even south of lakeshore, you can’t really see the lake from most properties. Still, I’ve had a few calls where I was told that interested buyers want to be near the lake, and for whatever reason, south of Lakeshore has been the dividing line that determines what is close enough to the lake and what isn’t. You can still access the lake quite easily in a short walk from north of Lakeshore, but somehow this two lane commercial portion of Lakeshore determines what is near the lake and what isn’t.

Is that crazy or is that just me?