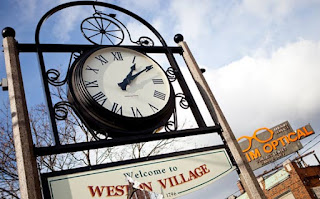 Lately, I’ve been receiving some pretty discouraging emails, first time buyers who feel they are taking the right approach when it comes to buying a starter home in an emerging neighbourhood. They’re not condo folk, and they want a house with a yard. Fair enough. For the most part, they know they have to look a little further afield from the downtown neighbourhoods. So, they go to the Junction and Leslieville, but realize prices are pretty high there for a starter home these days. The word is out certainly out on these hoods.  So, they go to the less-emerged  emerging neighbourhoods like Danforth Village and Mimico/Long Branch. But I gotta say, the word is out on these neigbhourhoods too, though they are more affordable than the Junction and Leslieville.  Depending on your budget, you could find some thing here for a starter home, but there are those well-paid, middle class buyers who still feel discouraged in these neighbourhoods.

So, that leads to the emails: Is there any where left? As I’ve mentioned many times before, there are only so many houses left in Toronto. Condos keep getting built. Houses do not. So, at some point, it may be a bit of a luxury to own a house in this city. But not yet. There are still pockets. Places where you have to be a bit of a pioneer to go, but may be well worth it.
One such place is Weston Village and the neighbouring neighbourhood of Mount Dennis, just to the south of it. WestonVillage runs up Weston Road and it’s main street intersects Lawrence Ave. Many have compared this neighbourhood to an early Junction because like the Junction, it used to be a small town that was eventually taken over by the larger Toronto. So, the main street has a bit of a small town feel to it. And the big news: There is a GO station opening soon right in Weston Village. So transportation will be very easy there very soon. The area itself is pretty, but some times scruffy. Up on a hill, older homes. A nice park-like ravine nearby. It has a growing community group, a farmer’s market and even it’s very own Santa Clause parade. So, why hasn’t every one already moved here? Two reasons. There are some drab, and crime-ish high rises sprinkled in, though due to community involvement, the crime rate here has dropped significantly since 2009. And the second reason: The distance. It’s further from downtown, and does not yet have the best transportation options, though the GO Station will help out a great deal. Still, Weston Village and Mount Dennis are in the very early stages of  emerging. So, you don’t know how long it will take for these neighbourhood to take off, if they fully do. The commercial strips need more va-va voom, but there are much fewer bidding wars and the prices are still some of the least expensive places to buy a house in the city. And of course, if the housing market marches on as it is, these places could be worth a lot more, just like the Junction and Leslieville evolved over the last 10 -15 years.