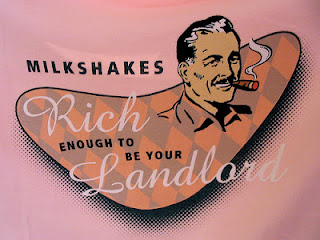 I own a fourplex. That’s four apartments in one house. For the most part, I don’t mind being a landlord. I’m not particularly handy, but I have learned a few things from youtube, my handyman books, and simple trial and error. I can change a toilet, fix a pipe, some basic electrical, and I can paint!  For a long time, I found, most people didn’t want to join my ranks. Many think the role of a landlord is too stressful or requires a certain handyman-esque quality.

But lately, I’ve noticed a lot more people who want to be landlords. And the timing is pretty much perfect. For the most part, it’s rewarding. You do get an injection of cash each month to pay off your mortgage and build equity. Of course, from time to time, there are those surprises – the broken toilet that leaks to the apartments below, the furnace that dies on the coldest day. I even had a tenant whose cat was stuck behind the radiator and couldn’t get out.  (Ultimately rescued and saved!)

Regardless of how easy or difficult it is, there are more people jumping in. Why you ask? Yes, as previously mentioned, it makes money and builds equity, and its a great income stream. But also, many people can look around them now and see there are a lot of ways to be a landlord. You don’t have to walk around all the time with a wrench in your pocket.

The types of landlords emerging vary widely enough. Some of them would like to buy a big house with two or more units in them. Some buy a condos as investments too. Condos rent well in key areas, and they are great investment for those of us who are not very handy at all. There is really a lot less to worry about here.

There is some thing else happening in this city. Renting some thing out these days is a snap. Renters are shocked at how competitive it has become to rent a place around here.

Currently the rents in this city are fantastic, from a landlord’s perspective. Vacancy rates are low and rents have increased quite a bit in the past few years.

Also, no one really builds rental buildings any more. It still happens. I can think of Jazz downtown that mimics a condo, but it’s all rental. Still, this is rare. Fewer rental apartments are built, but more people arrive in the city. So, condos and apartments in houses take up the slack.

I know the news says over and over again that there are going to be a flood of condos on the Toronto market, and condo prices in some parts of Toronto have slipped, but there is still not enough rentals to go around.

It’s a perfect storm really. Low vacancy rates. Quickly rising rents. And a lot more renters, especially after the Federal government sidelined a lot of would-be buyers by making it tougher to qualify for a mortgage and sending them back to Rentersville.