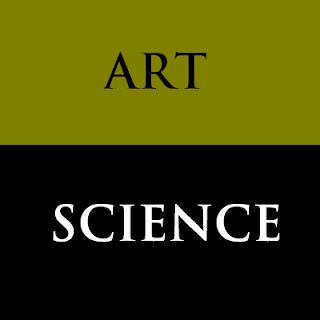 A few weeks back, two clients of mine, a couple from Toronto, purchased a house in an emerging neighbourhood. The listing agent decided to hold back offers. That’s no surprise to anyone familiar with the housing market in Toronto these days. He received four offers. Our offer was the one with which the sellers decided to work. In choosing the offer price, my clients and I focused on a property down the street about a block that sold in the summer at a very similar price. It was the best comparable. It was detached, the same size, and required a similar amount of work to fix it up. It had the same style of architecture and both had parking.
It was not the only property we reviewed. We also looked at other sold properties in the neighbourhood. We felt that the price we were offering was a fair and reasonable price with respect to how the market was working. Now, it’s not as straight forward as it sounds. This is a more of an art than a science. Sometimes it is very difficult to find comparable properties to determine the price.  Not all properties in a given neighbourhood are similar. You have to have a kind of sense of the neighbourhood and its value to get an idea of the value of a given home.
The bank is another evaluator of your home. They don’t evaluate all homes, just the ones that have been recently purchased and require their mortgage. If a home is bought for over $750,000, banks are even more likely to request an appraisal.  And this can really make life more difficult. With my clients that bought the house in an emerging neighbourhood, their bank required that an appraiser go through their purchased home to determine how much the appraiser thinks it’s worth. The bank will only cover a mortgage on the appraised amount. So, let’s say someone pays $1,000,000 for a house, but the bank appraiser believes its worth $900,000. In that case, you would have a shortfall of $100,000. The buyers would need to come up with the $100,000 before you even start paying a portion of your mortgage. If you don’t have that $100,000, you don’t get the financing.  Does it mean your house is only worth 900K? No! It means the bank uses a certain model for determining the value of a home that is not necessarily the same as market value, or what a house did sell for on the market.
When I have the chance, I always try to chat with the bank appraisers to get an idea of where they are coming from and how they do their jobs. What drives me crazy is how the appraisals vary widely. There are many appraisers who don’t even live in Toronto and have no familiarity with a given neighbourhood. And that makes me nervous. The appraiser for my clients, came in at a lower amount of the value of the house because, in my opinion, he used properties much further north in a neighbourhood that does not have the same kinds of value as where my clients purchased. Plus, the homes did not have the historical detail of the one that was purchased by my clients. He tried to do more a square footage analysis, which may work for some condos, but in a neighbourhood where the houses vary widely, I didn’t find this to be very effective or useful.  A 1960s bunker-like block of a building with no curb appeal does not compare to a brand new home or a 100 year old home with loads of character.
It wasn’t that I felt the appraiser didn’t know what he was doing. He was following all he had learned in appraisal school, which treated the appraising of a house more like a mathematical/scientific calculation. He seemed very competent, but his approach lacked all the nuances that I believe are required in an artful evaluation.
In the end, the shortfall was not an outrageous amount, but I had to admit I was a little surprised at the appraised value. The thing is, a different appraiser could have come in and evaluated the property at the price my clients paid for their house because he used different comparable. Maybe higher, maybe lower.
Now, I am biased here because I certainly felt that I was more knowledgeable about the area and felt I had a better grasp of the area’s values. Still, my approach is an art and it’s not exact. There’s room for error there as well.
At the end of the day, no matter who is telling you what the value of your house is worth, be it a real estate salesperson or a bank appraiser, the real worth is how much a home actually sells for on the market. It is worth the amount someone is going to pay you to buy it. End of story.