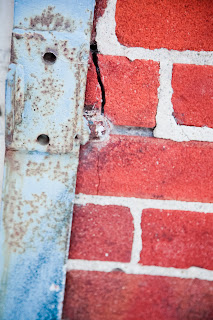 Parkdale’s a wacky place. Just the other day I was standing on a leafy, pleasant street in this emerging neighbourhood with a client who just purchased a property here. I was speaking to him on the sidewalk  when a local Mom, possibly a little on the crazy side, or maybe just looking a little tired from the heat, walked by with her kid in a wagon. As the Mom and 3 year old passed me, the kid wound up and punched me in the leg. It didn’t hurt, but it was strange that the Mom didn’t turn around to respond to it. Of course,  I didn’t say any thing either. Somehow, because I was in Parkdale, I expect that odd things will happen from time to time and I’ll just be fine with that.

Nowhere else in the city are you going to find the same mix of cool kids, urban professionals, half-way homes for the mentally challenged and some of Toronto’s best rotis in the same neighbourhood.  You would think there would be more friction with this mix, but instead you find inhabitants who are incredibly proud to be part of such a distinct place. They brag about how close it is the to city, and they really own it’s gritty side. Case in point: In the Parkdale property my client purchased, the seller explained how she had found a newpaper from the 1920s when she was renovating her home. She offered to frame it and give it to my buyers as a gift. My buyer was thrilled. Just in that act alone, he could see how proud Parkdale owners are of their homes and neighbourhood.