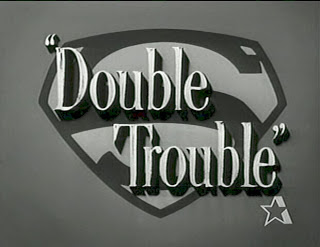 We all know our city could use A LOT more love these days. And by love, I mean money. In other words, Toronto has been largely ignored in terms of its infrastructure – most painfully, it’s transit system, but also its parks and libraries.  And now, reality is finding us under our comforter and mess of pillows to shake us out of our neglectful sleep, and say,”We really need to do something about this!”

And because of this reality check, those who make rules for the city of Toronto are considering new ways to generate revenue. Their latest consideration: Nearly doubling the development fees charged to developers before they build a new project. That means, for developers, the City would collect a much larger fee each time a new project is launched.

Instead of implementing a 10% or 20% increase, they have decided to go way beyond that. So, for example, the fee to build a large apartment with two or more bedroom would rise 86%  from $12, 412 today to $23, 036 next July, if this increase goes through. So what you say? Those developers make enough money?! Those greedy bastards! Well, you may be right, but the developers won’t carry those costs. They will likely pass it on to the buyer who would pay more for a given property or unit.

In truth, Toronto does not have the highest development fees in the land. In fact, compared to other municipalities, it’s one of the lowest in the GTA. So, there is room for increases. It’s similar to our property taxer , lower than other parts of the GTA.

So, Toronto has essentially doubled the cost of land transfer taxes and now development fees leading to a city where buying and selling will cost way more than it used to. Now, that’s what I call a double double! Sorry, couldn’t resists…

To be honest here, I’m a little conflicted. I know the city needs to raise more money. I can see how much improvement our city needs in terms of infrastructure, but a double blow of the land transfer tax and the development fees dump a lot on the individuals buying and selling their homes. Not only does it strike me as unfair, but financially shortsighted.

A large increase in both the land transfer tax and the development fees, by nature, work against raising money. They will make both buyers and sellers think twice about a purchase or a sale because of the extra money it will costs them. So, if fewer people sell because land transfer taxes are so high, and there are less buys because the development fees are so high, then the city makes less money because no one will pay for their fees. Not to mention that developers will not develop if their fees are high. In fact, if the market were to slow down, then the city will not collect the money it needs because the revenue stream won’t produce as much revenue. And, in the end, our city doesn’t have a reliable revenue stream.

It’s simply not a good way to make money. I do agree, the city does need to create new revenue streams, but one that consistently delivers a predictable amount of funds seems wiser. Why not try road tolls? That would be consistent. A regular influx of cash. How about raising property taxes? Sure, I don’t want to pay more, but at least the burden of the city’s taxes won’t be on the shoulders of buyers and sellers, but all Torontonians would pay for the improvement to their city.