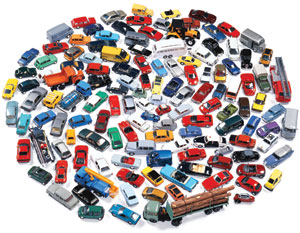 Toronto is a good ranking city. For the most part, we deserve a good pat on the back for that. Year after year, we land on the top 20 of the most livable cities in the world. We are one of the world’s most multicultural city. And increasingly, we are the favoured destination for incoming immigrants looking for a stable, welcoming and profitable hometown. All very impressive stuff. But there is one list where we really shouldn’t be too proud of.  And that’s the worst traffic list. Now we’re the 4thworst city for traffic on the continent slowly but surely making our way to the #1 spot.
So, what does this mean, as Toronto gets less easy to move around? Well, it makes for a much less enjoyable city. This, in turn, chips away at our ranking as the most liveable city. But if you don’t care about your city’s ranking, you probably do care about your commute time.  Sure, some city dwellers can walk every where they need – where work, fun, and a living space is all within a pleasant strut of one another. These dwellers can live without the help of a car, bike or public transit.  And if you’re one of those people, then traffic probably doesn’t bother you too much. But you’re probably like me, and traffic can make your life more miserable than it needs to be.
The problem is, some individuals like to blame densification as the problem. Some think there are simply too many condos being built. I, however, think it’s a good thing that condos are being built ( that fit in with a given neighbourhood) and that added density to our city is inevitable. I think it revives desolate sections of the city and creates more human traffic that ultimate leads to safer neigbhourhoods and solid neigbhourhoods where people will speak to one another in the dog park and where there’s enough people to support a local coffee shop and a local pub and a place where you can meet your neigbhours.
The big problem is that the city’s infrastructure has not changed with the growth and intensification. That’s where the problem lies. Public transit is still too focused on extending further out into the suburbs to bring more people into a system that is already too stressed for long periods of time during the day. Even though there’s been some great ideas on how to bring better transit to downtown, it’s tough to get a big transit plan off the ground.
Really, transit should be a much bigger issue in this city, whatever your political stripe. The leadership just isn’t there and doesn’t seem to have been present for awhile, and quite frankly, the city does not have the power it should to do big projects. Cities in the States have some better financial resources to make big projects go through. Think Chicago and their amazing waterfront and parks. Toronto could never pull that off in it’s current state. It simply doesn’t have the financial clout or power.
So, for now, traffic will only get more gridlocked.  And as a real estate agent, I am seeing how some locations are really starting to be effected by the lack of traffic flow. Here are a few to be concerned about:
In some ways, traffic is just a way of life. Some thing that is just part of living in the city. But as Toronto changes for the better with a surge of high end luxury condos, a Frank Gerhy condo proposal, the PanAm Games, and improvement of so many of its nieghbourhoods, this city really needs to make transit it’s #1 priority.