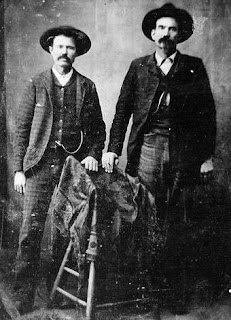 You’ve scrimped. You saved. You’ve bagged your lunches, given up your morning latte, and slowly built up your down payment. You, of all people, know how much it takes to save for your dream home.  And now that you’re ready to buy, you can practically see yourself strutting through your hip, established neighbourhood where a short walk away you’ll find indie coffee shops with paintings of local artists draped on the wall, top notch yoga studios to do your downward dogs and incredible brunch places to make your taste buds dance. But for most of us, this dream is often just that. These days, established, central neighbourhoods are often the terrain of the wealthy or those who are very comfortable living in a tiny space. Even the fixer uppers go for top dollar.

Often, when buyers come to the realization that they cannot afford  to buy in the awesome neighbourhood they always wanted to live in, the “if onlys” begin to set in. If only I bought in Toronto’s Leslieville before the celebrity chefs set up shop and the designer baby buggies were parading down Queen East in proud succession. If only I bought in Montreal’s St. Henri neighbourhood when it was still exclusively working class, when the only other person you would see  at night was probably lost or couldn’t find the subway.

But don’t think it’s all over for you. Instead, get your pioneer on, and do what many of our ancestors did so many years ago, venture out to a new frontier! It may not always be easy, but it sure is easier on your wallet.

To be a pioneer of this sort, you will need to pack a few things. You will need to bring your potential goggles, and you need to have a lot of patience.  Because if you combine those two things with a little research, you could buy a property at a more reasonable price point in an emerging neighbourhood or a neighbourhood that will emerge soon.

In a nutshell, you have to imagine what may happen. Many emerging neighbourhoods just aren’t there yet. That’s why they are emerging. They may have some run-down homes and lack-lustre main streets, but there is usually a kernel of some thing starting to happen. The artists and young families have begun moving in. Some fresh and creative businesses are starting up. These neighbourhoods are often a mix of low-income housing or industrial wasteland with little in the way of infrastructure. That is, until the hipsters, four star restaurants and the dog-and-baby crowd start to take over. This process does not unfold at the same rate or at the same time in all location. Some neighbourhoods rapidly improve while others are just getting started their transformation started. It is up to you to determine what kind of emerging neighbourhood you would like to jump in on.

So, if you can’t quite afford the fancy part of town, and you are open to an emerging neighbourhood, you better make sure you pick the next hot spot, and not just some crumby part of town. It’s probably best to consider these handy tips on finding the next hot spot:
1.   Take a walk
Don’t just think about a neighbourhood. Go there and walk around.  See if the neighbours take pride in their homes. Look for any new businesses opening up on the commercial strip. Also, daytime and nighttime can make one neighbourhood seem like two different places. Best to do a before and after dark comparison. Listen to your gut. Recognize the bad, but look at what’ s changing. Because if things have started to change, there’s good chance that change will keep going. Momentum is a powerful thing in a neighbourhood.

2. Transportation to your location
If you want to buy in an area that will increase more than average in value, see if there are any transportation improvements occurring nearby. Some emerging neighbourhood’s have surprisingly good transit infrastructure. You probably don’t want a highway going through your front yard, but a new bus line or an improved subway station would certainly be a good sign.


3. Look for New Condo Projects Often when there is planned condo construction in a residential area where some community currently exists, that’s a good sign. Developers have already invested their money and faith that this neighbourhood will improve. In fact, they’re a step ahead of you – having bought cheap land that will hopefully increase in value as the condo is built. The increased density as a result of these condos also leads to more foot traffic and a better commercial strip. Keep in mind, however, that there can be a tipping point. Condos can overwhelm a neighbourhood en mass and create grim traffic situations. Especially when the neighbourhood prior to the condos had no or few residents.
4. Consider the demographics
In some places, a neighbourhood’s  average income could be increasing faster than the provincial average. This is a good thing.  Don’t look at the average income. Look at how the average income is changing. If a neighbourhood is changing fast in this way, chances are good that property values will see higher-than-average growth. Statistics Canada, and local economic research firms will give you access to this info.
5. Under Pressure
Look at the surrounding neighbourhoods. If everyone is rushing to buy in the neighbourhood west, north and east of you, then the pressure will be there for the gentrification to move into the neighbourhood next door when prices go too high. When buyers grow frustrated with one neighbourhood’s expensive prices, they start to look further afield. Get there, and cross the tracks before they do.

Just remember, an emerging neighbourhood will not change overnight, though the speed of some neighbourhoods from run-down, dull outpost to hottest hood in the city has happened shockingly fast in some locations. Regardless, you are still a pioneer. It may take some tough years, but at some point you will notice more people moving to your hood, and the improvement. And you can be the smart one who said you got there first, before it was cool and expensive.