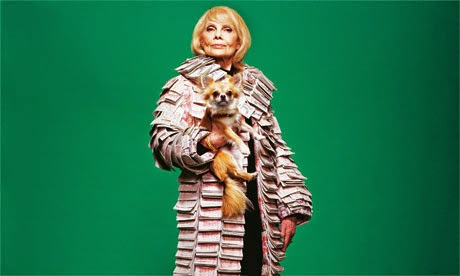 With a blog called Emerging TO, it’s not very surprising that I go on A LOT about emerging neighbourhoods. But as we all know, not all neighbourhoods are emerging. Some will likely never emerge while others have already developed into established neighbourhoods.
Established neighbourhoods are ones where the schools are often top notch, and the homes have been tarted up inside and out. Often the age demographic can lean a little to the older side of Toronto’s demographics. Many residents bought way back when prices were more reasonable, or they have had the opportunity to make more money in their first house or condo from another neighbourhood to purchase a move-up house in an established one.
Whether you’re younger or older, there are a lot of reasons to choose an established neighbourhood. Emerging neighbourhoods are great from an investment perspective – buy low and sell later when the neighbourhood becomes more desirable. Some of us, however, do not always think of a house as a mere investment, but as a place to live. If you have children, sometimes it isn’t wise to wait for a neighbourhood to improve. You may need the good schools ASAP. So, if you can swing it, it may well be worth your while to invest in an established neighbourhood. And if you buy an investment property, you will certainly pull in higher rents. Established neighbourhoods are rarely the part of town where you are going to land a house at a discount price, but they are amazing places to live.  You will be happy there.
If you are buying a condo, the same rules apply. Price-wise, it will be easier to get into an established neighbourhood with a condo, but if you compare condos in an emerging hood to an established one, the price per square foot will certainly be lower in the emerging one.
The rules of buying in an established neighbourhood are different from buying in an emerging one, though with both, you want to keep an eye on the commercial strip. In many established neighbourhoods, the commercial main street may fall victim to what I call “The Established Hood Curse”. This is when a successful neighbourhood falls victim to its own success. At one point, new businesses had rushed to get into the neighbourhood to open on the growing commercial strip. Soon after, the landlords noticed how in-demand the area has become. So, they jack up the rents. The small businesses can’t afford to stay, and the landlords get too greedy. So, the local flavour is lost and more chain stores with deep pockets move in. New and innovative businesses that keep the neighbourhood interesting won’t come here because of the rents. Some stores even close down in expensive neighbourhoods only to open up again in emerging ones down the street. Such is the case in the Beach. Don’t get me wrong, it’s a great place to live. The houses are in beautiful neighbourhoods, the beach is right there, but the commercial strip has become a little blah.
Other established neighbourhoods that are losing their lustre are the ones located far from downtown. At one point, if you had money, you wouldn’t live downtown, but a respectable drive from it.  Our city has changed quite a bit since this point in time. We are moving in a direction where the closer you live to downtown, the more your property will likely be worth. The more affordable home you desire, the further you have to go out. In the future, this will only become more true.  So, rich suburbs will stay rich, but with increased traffic, it will not be the pleasant drive home it used to be.
So which established hoods are best? There are many. Some just stand out a little more than others. So, if you are going to buy in an establish neighbourhood, here is where you should consider:
1. Roncesvalles – You can’t lose here. You’re by the largest and best park in the city, and the main street has not suffered from the “Established Hood Curse” The commercial strip is thriving. It suffered a little when Roncesvalles was having the new streetcar tracks put in, but it’s back with a vengeance.
2. Cabbagetown – Some of the best Victorian architecture in the city is right here in the neighbourhood, and the residents have done an outstanding job of keeping the area looking good.  Parliament Street has been a work in progress, but it is getting better. They have Riverdale Farm, and it’s close to downtown.
3. Little Italy and Trinity Bellwoods – This established neighbourhood has not lost its cool factor. College Street and Queen West are two of the most walkable and eclectic streets in the city.  Your houses will likely not be as huge here, but you will be part of one of the most distinct neighbourhoods in Canada.
Not all established neighbourhoods are created equal.  It’s important to pick wisely. Sure, they make for big mortgages, but if you have the money or you are looking at purchasing your next home, then treat yourself to a neighbourhood where you can flourish.