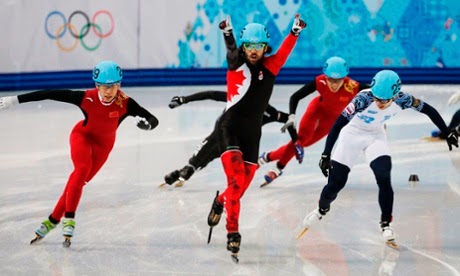 In the spirits of the Olympics, I thought I would discuss something of a competitive nature. That is, I thought I would explore some recently compiled stats on homes in Toronto neighbourhoods and how they stack up against one another. These statistics were based on the sales from the Toronto Real Estate Board from January 2012 to January 2014 for detached homes. Out of the 36 Toronto districts, the top 5 districts were as follows:

Now lets look at the winners. Clearly the top spot speaks to the amount of money that is entering the high end market in the past two years. C09 had an increase of 115.63% in just two years.  I do find these stats to be a little questionable. I will discuss this below, but it does indicate that high end is back in Toronto. The centre of Toronto is still very strong showing us how much demand there is for detached houses in these neighbourhoods. C02 has a increase of 71.25% and C1 had an increase of 54.02%.

Now all, this info may be a little overwhelming.These are remarkable increases. If you have bought in the top neighbourhoods, especially if it is a detached house, you will be thrilled. You may be crying over your keyboard if you wanted to buy in these areas but decided to wait a few years.

But before you get too smug in your foresight or crushed by your buyer position, let’s look at these stats with a critical eye.

First of all, let’s be clear that these are detached homes only.  Detached homes are king. Even if you want to live in a dense city like Toronto surrounded by people, Torontonians still covet the detached home. And these stats prove it. More than any other housing type, detached homes in this city have surged ahead in value. Detached homes across Toronto sell for a much higher average than other housing types, though semis, row houses and many low rises have also done well in the past few years. So, if you cannot afford detached, the other property types are still great investments that are appreciating in value as well.

Another pattern you can see from these stats: Emerging neighbourhoods, whether they are newly emerging or later in the cycle are good investments. Neighbourhood is still key to the success of a purchase whether it is a condo, a detached house or a town home. Pick wisely.

Despite what these stats may hint to us, I do tend to be fairly critical of them too, and for good reason. One of the fundamentals of gathering statistics is to have a large enough sample. If you don’t have a large sample, your stats can show some pretty wild variation that may lead to a misrepresentation of a given neighbourhood. So, take Rosedale and Moore Park, for example. In the last year, there were less than 100 detached houses that sold in Rosedale and Moore Park. That is not a large enough sample to give meaningful results, making it much more prone to wilder fluctuations. It could simply mean that bigger and fancier homes have sold more in the last year than two years ago. So, in a nutshell, its #1 position may just be a lucky fluke.

Other neighbourhoods have some unlucky results based on these statistics. This past year I have experienced detached homes in bidding wars in the Oakwood-Vaughan area, and yet the statistics position this neighbourhood, along with Forest Hill, in dead last. The results just don’t add up for me when I see demand in Oakwood increasingly outpacing other areas of Toronto. Again, I believe the small sample of homes reflects the wild fluctuations in the detached homes that have sold.  If you look at the sales statistics for each year in the district of C03,  you’ll find that in January 2012 detached homes sold for $1,355,000 then plumetted to $635,000 a year later,  then shot back up to $1,210,000 by January 2014. There was really no reason why home prices would have been cut in half between January 2012 and January 2013 only to shoot back up again between January 2013 and January 2014. If we just regarded the statistics from the last year, Oakwood-Vaughan would have been one of the best performing neighbourhoods in the bunch. Clearly, there was just not a big enough sample of sold homes to give us clear results.

Another reason these statistics may be a little off has to do with how the neighbourhoods are grouped together. Take again the Oakwood-Vaughan area. Homes south of Rogers usually sell for much more than homes north of Rogers. Then we have the wealthier neighbourhood of Forest Hill mixed in C03 district to make three very different neighbourhoods slotted into the same sample with very different communities and styles of homes for sale.  Detached homes in C03 range from sprawling city estates to very neglected homes in need of some serious love.

Regardless if you live in the overwhelming lucky Rosedale-Moore Park or the neighbourhood unfairly disadvantaged in these statistics like Oakwood-Vaughan, it still does show us how home sales can be like the Olympics. Some athletes, like some neighbourhoods have shown us a remarkable improvement on their performance. Other athletes, and some neighbourhoods, often perform well, but were a little unluckily or treated unfairly by the judges. So,  have fun with the stats, but don’t take them too seriously.