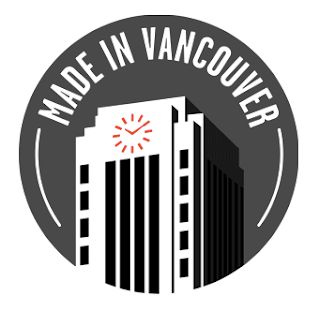 It’s official. Vancouver’s real estate market is cooling. Some may say tanking. Others may say a mild and temporary leveling off. According to the Canadian Real Estate Association, the average price fell by nearly 10 percent in April from a year ago. That’s the biggest drop since the recession of 2008.  As many know, Vancouver’s real estate market has been smoking hot for a long time, aside from a few blips, making it one of the most expensive cities in North America. So now that the sizzle has dampened on Vancouver, Toronto has picked up the title of “the city with the hottest real estate market in Canada”. And because of this, I’ve noticed that people here in Toronto are worried about what is happening in Vancouver. Should they be? Does a market so far away have any bearing on our city? And most importantly, if Vancouver is tanking what does that mean for Toronto?

I think there are three scenarios that could result from Vancouver’s cooling market:

1. Nothing. They’re two separate markets with different forces at work. When Toronto had a housing correction in 1989, Vancouver didn’t crumble. Also, Vancouver’s average home price is $735, 315 where Toronto’s is $517,556. That’s almost 30% lower than Vancouver. Prices would need to drop in Vancouver by almost a third to compare to Toronto prices.

2. Toronto will cool too. New buyers may be very happy to hear this, though I think the cooling would occur in the condo market, and less when it comes to houses.  The upside will be that developers will have to work harder for new clients by throwing in some perks, and being a little more accommodating when it comes to finishes. Developers tend to get a little lazy in an up market. Sellers should move quickly if they are planning on selling.

3. The Toronto real estate market will surge. Foreign investment has been key to the success of Vancouver. Many of them are now looking at Vancouver as a lousy place to invest. So, since it is easy for overseas buyers to buy homes in Canada, they will start buying more property in Toronto where the market is currently showing an increase of 2.5% from last April.  On paper will still look good.

Personally, if I was a betting man, I would think option #1 would be the most likely. Yes interest rates and government policies can effect both cities, but we have different economies, different pricing and historically we don’t always cool and heat up in tandem.