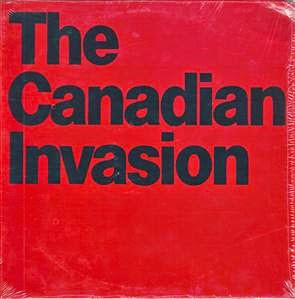 Do you remember, about five to ten years ago, almost all HGTV shows featured British couples buying property abroad? Every time I turned on the HGTV channel,  up popped a British couple buying property in Portugal, Spain, Costa Rica, Argentina, Thailand and even Albania. We were left with the impression that British people are culturally programmed to buy properties outside of their own country.
But is this just a cultural thing? Sure, the British like to travel, and have a history of roaming (and invading) many parts of the world. I think, however, their lust for foreign real estate investment has more to do with the prices at home. London, where a whole lot of British people live, has always been expensive. If you think Toronto is expensive, try taking a look at the listing in a city like London. Owning a house, or a condo here is almost a luxury. So, many people rent in the city, and buy cheaper properties abroad. And for those British who did buy property at home, their homes have increased in value to the point where they have built up enough equity for a second vacation home in an often warmer country where things are less expensive than in their homeland. And in the case of the UK, that would be almost every other country. The recession, and the dip in real estate values around 2008, certainly slowed this process down, but properties values are back up in the UK and the hunger for foreign property purchase is back.
But why am I, a Toronto real estate salesperson, going on about the British buying properties abroad? Because Canadians share a lot in common with the British these days. From a purely geographical perspective, both countries do not have a warm, tropical or Mediterranean vacation location to go to within their own borders. Winter may be milder in Britain, but you certainly can’t relax on the beach during the cold months. It’s not like the U.S. or Australia or France where you can go south and be in more tropical, summer-like locations without a passport.
Also, as in Britain, Canadians have built up a lot of equity through their real estate purchases so they have the funds to buy abroad. Canada, for example, is the biggest foreign real estate investor in Florida. This may seem obvious to some, but you have to remember that Florida has become a huge destination for foreign investment from South America, Europe and China. Even in a place like Australia, Canada, after the British, is the biggest foreign investor in real estate, ahead of the United States, a country with nine times the population of our country.
So, what does all of this say? Well, I’m not trying to encourage people to buy abroad, though it is a great idea if you have the money and if you plan to spend some time in a warmer climate. But I am saying this: In the past 20 years, real estate in the UK and Canada has allowed many people to increase their wealth. Will the real estate market always be like this? Probably not. Prices rise and slip, but in places like Toronto, the long term direction is up. For long term real estate investment, Toronto ranks as one of the top cities in the world to buy real estate because of its diversified economy and its stable governments. So, if you would like to buy a cheap condo in Ecuador for a fraction of the price of a Toronto condo one day, to retire to or spend a few months during the year, then you may want to build some equity at home first.