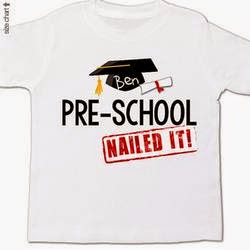 Some parents are obsessed with school zones. And to some extent, they should be.  Those mouldable minds of your children are important tools to sharpen. In Toronto, for the most part, you go to the school to which you are zoned though some cities like Vancouver or Edmonton allow kids to go to the schools they want in any zone.

In my real estate experience, when it comes to looking for homes in the right zone, I usually come across two kinds of parents. The ones that don’t look at school zones at all and those who are obsessed with it.

Reality falls somewhere in the middle.

I can certainly understand why you may want your kids to be at a good school. A good school will better prepare them for the future with better tools for their life ahead. It will make them more competitive in a competitive world.
With that said, don’t get too obsessed with school rankings. Yes, they do mean something when done right, but they can lead to some crazy moves to areas far from work in a house that is ill-fitted for the size of your family.

Note that some methodology in these rankings leaves some schools ranked much higher one study over another. It also polarizes some of the schools making some appear much better or much worse than they are.

Now, with that said, school zones are worth reviewing, especially if you want/have kids and you plan to be settling in for awhile. In parts of the Greater Toronto area, school rankings tend to be more steady and impressive in some of the suburbs. If you have a richer neighbourhood like Port Credit in Mississuaga, you have a good school to go with it. Same with somewhere like Glen Abbey in Oakville. In Toronto, the extremes seem a bit more pronounced. So, you do have the great schools like Jackman School in the wealthier Playter Estates, and lower ranking ones in more challenged neighbourhoods. Income data from Statistics Canada shows that the divide between higher and lower income groups is usually reflected in the higher and lower ranked schools  High-scoring elementary schools are primarily concentrated in high-income areas and vice-versa. In lower-income neighbourhoods, a higher percentage of students fail the reading, writing and math tests.
Another thing to consider is the French factor. Whether you are in the suburbs or the city,French immersion schools often rank at the top. In some areas the Catholic Schools rank higher, and some people will have their kids go to these schools even though there is not a stitch of Catholic in them.
Now, if you live in an inexpensive neighbourhood, it does not necessarily mean you have a low ranking school. It’s worth doing your homework, even if you are only going to check the Fraser Institute‘s top schools in Ontario. If you are in an emerging neighbourhood, you may witness a rebirth of the commercial strip with yoga studios and indie coffee shops, but the schools will be the last to improve. Still, as the new families move in, the parents are more involved, and the schools do better.
Some parents prefer that their kids be in a top academic school and will live in a shack for two million to ensure that, but some parents prefer that their kids go to a more diverse school with a more progressive curriculum and less formal approaches to learning. Some parents just want the school close by.
My suggestion: Do your research. Have an idea of how long you want to be in the neighbourhood. You may find a great elementary school, but a less stellar high school. Also, even if you do buy in a neighbourhood zoned for a top-notch school district, you may find yourself on a waiting list to get into the school because they are at capacity. Make sure you can get in. Also, take the ranking with a grain of salt. I think these rankings amplify some of the differences. Look for patterns from past years. Is the school improving from one year to the next?
Now, if there is any one reading this who does not have kids and never plans to have any, I’m surprised you’ve made it this far. Nonetheless, you may want to pay attention to school districts as well. If you happen to buy in a great school zone, your property will be worth a lot more when it comes time to sell. It’s a wise investment to buy in a good school zone.  As we have seen, there is no shortage of kids in Toronto. Downtown has probably seen more kids in the city than it has in decades. So, the demand for good schools will continue.