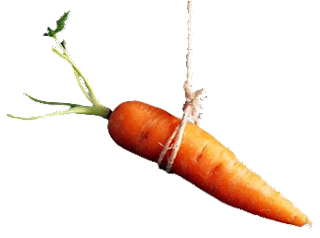 People like new. And I’m a lot like people. I like new gadgets, new cars, new appliances, new mattresses, fresh, new towels, even a new toothbrush is a little exciting for me. I know that makes me a bit of a sucker for capitalism, but I’ve grown to accept this side of myself.

When it comes to condos, people like new as well. And by new, I mean new new. Condos that have not even been built yet, but the plans or the price for the development are so exciting that a buyer just has to get in.

With the exception of a blip around 2008 and 2009, a certain pattern has emerged when buying a condo during pre-construction. Traditionally, in developments that have a bit of buzz around them, the early bird gets the worm. Usually, the sooner you buy, the better pricing you have. Whether you are pre-VIP or VIP, or any one of the first buyers, you are taking a greater risk, so you may find yourself being offered a better price than for those who wait. Then, if your pre-construction condo development does well, and begins to sell out quickly, the units sold toward the end of pre-construction tend to go up in price and cost more than the earlier purchases. So, in a strong market, it’s good to buy early, though riskier too.

Because this pattern has been the case for so many projects, developers have grown rather confident in Toronto’s love for new.  And that confidence has been reflected in pricing.  In the past few years, many developers have been projecting what they think their units will be worth once the building is constructed and ready for occupancy. So if you buy a project in 2013 and construction will not be done until 2016, then you would be paying what the developers thinks a condo will cost in 2016 based on the sales of recent years, which has been pretty good. It’s asking a lot, I think, especially since we don’t know where prices will go in the future. Between now and 2016 may not perform as well as between 2010 and 2013.

It has not always been like this. Five to ten years ago, it would be very wise to buy off the plans before a condo was built. If you bought in 2004 and the project was not done until 2007, then you paid 2004 prices. You would have gained the price appreciation over those years, plus you may gain from buying earlier as well.

But now things are starting to change a little. Some condos continue to climb and some have leveled off or even slipped in price and others have done well. Condos that are low-rises or town homes have risen over 13% over the past two years. High-rise condos have risen less than 1%. Don’t take this info too much to heart though. Every condo is different, and some high rises do well and some low rises don’t, but statistically speaking, low rises do better. Any way you slice it, the market is not as straight forward as it used to be.

And because inventory has started to build up in some quarters, like high rise condos, a good thing has happened: The developers have woken up from their dream. They have not lowered any of their prices, BUT they are starting to offer incentives. So, for pre-construction condos you may start to see free upgrades to granite counters. You may get a storage locker thrown in with your purchase. They may waive assignment fees. They may ask for less down than they did before, or they may even offer cash back if you buy within a certain time.

It’s the developer’s way of saying, maybe we’re asking for too much. They won’t lower their prices since some early buyers have already bought in, but they will offer other goodies so that they technically sell at the same price, but the buyer now has other perks that effective lowers the cost of the purchase or offer them more with their transaction.

Now are all developers doing this? No way. Only some. Are they always in projects that are floundering? No. Some developers are just quicker to the incentive game than others. Prices are not necessarily falling, but there are fewer sales, and like the banks who have dropped their interest rates, they are trying to bring customers to the table.

So, if you are the kind of person who likes to buy off the plans, we are not going to be returning to the good old days of the first part of the last decade. Developers are still very confident in their products. I don’t think this is a sign of any kind of crashing market to come. However, you or your agent may be able to negotiate some nice perks in some developments now that incentives are appearing more and more.