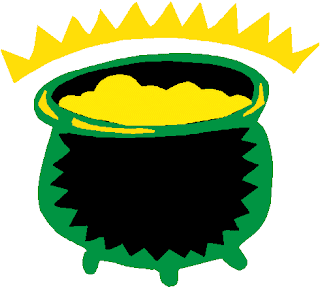 Remember when buying a Toronto condo off the floor plan was the best idea in the world? Investors would purchase units from a developer before any dirt was dug up to make way for the new building, and then sell them on assignment or after the owners/investors had lived in the unit a short time. Sure, there was always delays. They promised it would be ready in 2005, but you did’t take possession until 2007. Still, if you were in if for the bucks, then those were pretty rewarding years.
But there was some thing else special about those years not so long ago. The developers offered you better pricing than now. Let’s say in 2003, if you bought a condo, the developer would charge you the price/ square foot for that particular condo based on  2003 prices. So, when it was built in say 2007, then you would have had some appreciation on the equity of your condo. So, you could sell it and make money or move in and just feel pleased that you were the smarty pants who was brave enough to get in early.
It seemed like a good idea to be buying from the developer, but some thing happened since those good old days. Many developers in Toronto changed their pricing strategy. Let’s say you bought a condo in 2012, and your unit is not suppose to be completed until 2015. Well, most developers don’t charge you 2012 prices. They charge you the price they think it’s going to cost in 2015, based on the sales of the past 3 years. So, nowadays you actually pay more for new.
But, you may think this condo is brand, spankin’ new and the fees are lower. True, there is a big plus to new.  Developers have learned to use smaller spaces more wisely and spend a little more on the finishes in the kitchen – a lot more granite counters and stainless steel. And in many ways, the fees are lower, partly because nothing needs repairs yet, and partly because newer condos have less amenities.
But the big problem has to do with the developers pricing projections. I’m no guru. I don’t know where the market is going, but I do think if you buy some thing in 2012, you should pay 2012 prices.
And this Fall, we have certainly seen the condo market soften, and even slip in price for some locations.
I’m thinking it’s time for the developers to take a great big reality pill. Whether the market goes up or it goes down, I don’t think it’s particularly wise to ask for the price of a condo at a completion date based on very successful years that have already passed us.
I’m sure there are some developers out there who don’t really appreciate what I’m saying. I’m not saying the new developments are terrible, and that no one should ever buy new. There are some very exciting proposals and projects out there. I think there is a lot of potential in Cork Town right now with the new builds. I think there are great small and midsize projects in the works along Dundas West.
In some ways, you really can’t blame developers for charging more money if the buyers will pay it. I think there is a lingering belief that buying new is always a good investment. And that’s not always true. And if the condo prices grow slowly, or stagnate or slip in price, I know a condo that I bought in 2012 should not be purchased as if the next three years were as robust and impressive as the last three years.