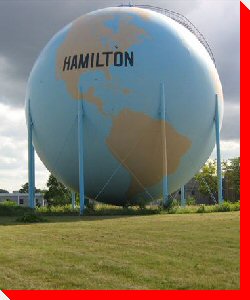 Over the years, I have developed some pretty decent skills at spotting an emerging neighbourhood. I look for the obvious signs: artists moving in, a commercial strip improving with new independent shops, young families popping up.  Then, I throw in a little instinct and voila, my pretty decent skills.

As far as Toronto goes, there are still some great emerging neighbourhoods that I think hold quite a bit of promise in the years to come. Of course as time marches on, many emerging neighbourhoods are located increasingly further and further from the core. And today, I would like to mention one that is very far from downtown.  In fact, it’s not even in Toronto. But it is down the QEW.

Increasingly, Hamilton has become the focus of many real estate investors. The Real Estate Investment of Canada (REIN) has ranked Hamilton as the best place for real estate investment in Ontario (Cambridge and Kitchener were next). But don’t get too excited. It’s not the first time Steel Town has been named a top place to buy real estate. It’s been going on for over a decade.  I’ve become a little skeptical of the whole thing, but now I’m starting to believe. It just took a little faith and time.

Let’s be clear about this city though. I don’t think Hamilton will one day yield the kind of prices you will find in Toronto, but there is no doubt that you can find some really great homes for a fraction of the price. Big, detatched Victorian and Edwardian homes at first time buyer prices. It’s very tempting.

So why has there not been an exodus to Hamilton yet? Well, it seems to be having a hard time shaking off it’s industrial past. For a long time, Hamilton has been a working class mixed with down-on-its-luck  kind of city. The local government, to its credit, has been trying to woe the artist crowd and the profession set to its neighbourhoods for awhile.  And to some extent, it’s been working. They offer great grants to artists and the city visionaries have been trying to cultivate a more high tech industry. Artists, as many know, are often an early sign of gentrification. They come to the places  that are cheap, and make it work. With cheap places becoming harder and harder to find in Toronto, I am hearing many stories of Hamilton as a the new place to go.

But stories aside, the cold hard facts speak for themselves as far as Hamilton is concerned. Once a kind of Detroit of Canada, Hamilton now has an unemployment rate of 6%, just below the national average. Not only is it becoming a commuter town for Toronto workers, but it’s also developing its own diversified economy.  Don’t get me wrong, it’s still is a steel town. Steel does rule supreme here, but that industry is certainly not the only game in town any more.

Many see Hamilton as a place to invest for income properties. In some cases, you can find properties that will generate a cash positive cash flow right away. Just don’t assume your rental property is an oasis of money making. Renters in Hamilton are generally not as reliable as to the ones in Toronto. Any one who makes a half decent living in Hamilton can often buy a place. Based largely on my experience, I hear of more people who have delinquent tenants in Hamilton than Toronto. And those are a big drain on your money and your time. So, in my opinion, best to buy income properties closer to the university here. Students are messy and can ruin your property but they or their parents usually pay the rent.

But Hamilton is not just for investors. In fact, I mostly hear of people who are leaving Toronto for bigger properties and greener spaces.  It’s a mix of first time buyers who want a nice house and don’t mind travelling to the city, and buyers who own in Toronto, but have decided they want a larger house.

In my opinion, Hamilton’s housing stock is fantastic. Red brick, heritage homes on tree-lined streets. Great Farmer’s Market. A downtown that still needs some love, but is heading in the right direction.

It’s not for every one though. The commute can kill ya. The drive to Toronto is slow, painful and expensive. But if you can work from home part of the time, or in the city of Hamilton itself, you may be better off.

The transit to Hamilton is not very good if you need to come to Toronto regularly.  There is some GO train service, but it could be much better. Luckily, there are plans under way to improve Hamilton’s GO transit in the near future. In the not-so-near future there are bigger plans afoot to create better public transit links between municipalities from Oshawa to Hamilton.

The biggest fear about moving to Hamilton:  If you leave the city of Toronto long enough, it may be tough to get back in. I have seem people move to the suburbs, have their house increase in value far less than in Toronto, and then, when they want to move back, they can’t afford it any longer. Your asset will, historically speaking,  increase in value more in Toronto.

Of course, Hamilton is not an ordinary suburb. It has great, historic architecture and more than just cookie cutter suburban houses. Money can still be made on a house here, especially if you have the patience to wait for the improvements in transit.  Simply put: Hamilton will not stay cheap forever. It’s gaining momentum. There’s still gloomy industrial areas, unpleasant commutes, and run-down homes, but the city is moving in the right direction.  And with continued city support on attracting artists and young professionals, Hamilton can be the next emerging neighbourhood. It may not happen as quickly as some like, but it’s certainly happening.