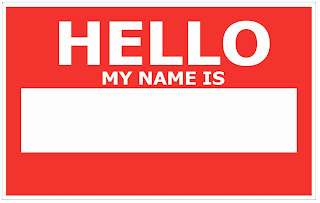 You know, I often wonder what is going on in the marketing departments for many condo projects. How do they come up with a name of a Toronto condo? Why decide something should be called “X” or “Aura” or  “Ice”? When I refer to a given condo name to some of my clients, they often groan a little,  disappointed at the potential reference they may be using in the future if they tell they’re friends or family to come and visit. It seems to me that the naming of many condos have not been terribly successful in Toronto, and there is room for improvement.

I think the ones that drive me the craziest are the ones that take zero pride in living in this city. Some condos name themselves after somewhere else that is suppose to be better than here.
You have the feeling that someone sexy is going to rub baby oil on your shoulders by the pool. These namings seem to just miss the mark, and underestimate their buyers.
Then there’s the one’s that have no imagination at all. They are named after the address where the condo is located. Though this does make it very easy to remember where you live, it’s a little drab to say you reside at “1 King West” or “460 Yonge Street”. There’s certainly no confusion, but it does lack magic.
Then of course, you have the condos that name themselves after a coveted and loved Toronto neighbourhood, but they’re not really there. I’m thinking specifically of the rather lengthy condo name of “The Village by High Park Condominiums”. Not necessarily a bad condo, but it’s not really by High Park. In fact, it’s not even in the High Park Neighbourhood. At the time, I guess it wasn’t impactful enough to say that you live a condo in the West Bend /Junction neighbourhood. Too bad, because the Junction carries a lot more cachet these days.
Some condo names aspire to be something so ridiculous that the name is almost good in a bad way . Take 77 Maitlaid or “Celebrity Place”. I suspect, however, that the marketing department was very serious when they came up with this campy name.
Now, some of you may be saying, “Dave, don’t be such a crank. Not all of these names are so bad in Toronto.” And I couldn’t agree more. A lot of the coversion lofts have taken their names from what the lofts used to be before they were living spaces. It’s an ode to Toronto’s past. It’s easy to take pride in that. There’s the “Toy Factory Lofts”, the “Printing Factory Lofts”,” and “the Candy Factory Lofts” I mean, who doesn’t like candy and toys? You don’t have to be a conversion loft to make reference to your roots. Take the condo named “Radio City”, the old CBC centre for radio. When people ask you where you live, you say, “Radio City” and when they ask how it received such a name, you have a little story to tell them.
History aside, I like the name “the Duke”. There’s something classy about it without being over the top. It’s kinda like David Bowie (also known as the Duke), and it references its neighbourhood’s closest main intersection by taking the “Du” in Dundas and the “ke” in Keele to form its name. Not the cleverest thing in the world, but catchy!
I even like the condo named “Picasso” With any old, plain building, I would find this name pretentious, but because the building itself looks like something Picasso would have made if he was a designer of condos, I think it works. Can’t you see a little Picasso influence below? 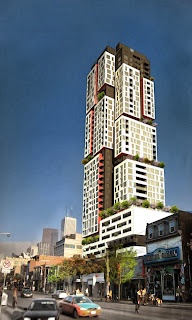 Now, as a much needed disclaimer as a real estate agent, I would never suggest to any one that he or she or they should pick a condo based on a name. Some great condos have ridiculous names. Still, in the condos to come, I  hope a little more imagination goes into naming. No one really wants to pretend they live somewhere else like “The Manhattan” or the “French Quarter”. So step up and let’s get more creative.  I’m hoping that our condos with the best names (and designs) are coming our way!