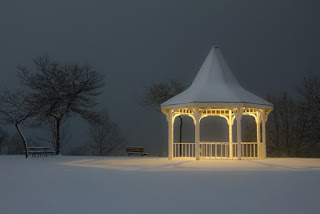 I know. Toronto isn’t getting any cheaper these days, despite all the chatter of prices leveling off or bursting bubbles. And that makes it tough for trying to find a home you can love and one that’s a good investment. Only10 years ago, some of Toronto’s emerging neighbhourhoods have gone from no man’s land to impossible to get in on.  Prime Leslieville, Beaconsfield and the rapidly transformed Ossington strip are perfect examples.

That doesn’t stop most, though, from speculating on what is the best emerging neighbourhood these days. And many of the local publications have weighed in. Toronto Life says Mimico is the best place to buy now(click here for article). The Toronto Star says New Toronto is the most undervalued neighbourhood (click here to see this article).

The thing is, most people couldn’t tell ya the difference between Mimico or New Toronto. Throw in that Long Branch is another emerging neighbourhood in south Etobicoke, a little west of these ones, and it’s no surprise that there is some confusion. So, I thought I would try to differentiate these communities a little to make it easier for those looking to get in on some of these current emerging neighbourhoods.

Before we get into these nuances, I think it’s a good idea to see what makes these locations similar. The lake shore communities of Mimico, New Toronto and Long Branch have a lot in common.  All are in South Etobicoke with homes close to the lake shore at a much more reasonable cost compared to other parts of Toronto (e.g. the Beach). They have quite a bit of parkland, some areas more than others. They all could use some better business development along the Lake Shore strip.  And all of these neighbourhoods are linked to downtown by the Queen car.

Now for the differences:

1. Mimico – This neighbourhood is the most famous of the three. It runs south of the Queensway to the lake. From the Humber River to just past Royal York. There are tonnes of huge condos to the east. They feel somewhat cut off from the rest of the neighbourhood. It’s the closest one to downtown, and probably slightly more expensive than the other two. Unlike New Toronto and Long Branch, there is not a lot of housing south of Lake Shore.

2. New Toronto runs south of the tracks to the lake between Royal York and 23rd Street. Traveling west from the city on Lake Shore Blvd, you’ll know you’ve hit New Toronto when all the streets are named after numbers. New Toronto has the lame-est name. There’s just not much charisma behind some thing called New Toronto. What’s interesting about New Toronto, though, is the amount of affordable housing you can get just blocks from the lake – no highways or busy streets to cross. Just a quiet stroll down a residential street. It’s not cheap, just better priced for close to the lake. It also has Humber College who came along and tranformed an old asylum into a college. The college is key in this neighbourhood. It has impacted the main drag along Lake Shore Blvd. by buying up crusty buildings and turning them into some thing students can use while improving the look of the neighbourhood. Also, if you have a basement for rent, it can easily be matched up with a college student. And even if you can’t live close to the lake, the parks near the lake are fantastic.

3. Long Branch. This most westerly hood of the three lakeshore communites runs south of the tracks to the lake from 23rd St to Brown’s Line. It probably has the best collection of newer and interesting new shops along Lake Shore near Brown’s Line with a Burrito Boyz, an organic coffee shop and an Italian restaurant.  Despite these businesses, there is a lot of land here to develop north of the lake shore that used to be zoned industrial. So, the condos are coming. And so far, it doesn’t seem to be a concrete curtain to the lake, like the eastern portions of Mimico. The condos are well-designed and are only 4-7 stories, well integrated into the commercial strip. Houses here are more extreme than Mimico and New Toronto. You’ll see mult-million dollar giant homes on the same street as a creepy bungalow held together by glue.

Do I have a favourite? Not really. Each neighbourhood has good and not so good pockets. All have easy access to the Gardiner and all have some of the most accessible and pleasant parks in the city. I don’t think the pace of transformation will rival Leslieville or Ossignton, but it’s still a pretty place with a lot of potential.