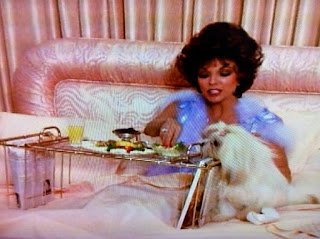 Toronto never used to be a fancy place. Sure, people loved good food, and is some neighbourhoods you would spot a few snappy dressers, but generally we never really had the interest to push our city toward the ultra high-end heights that you find in places like New York, Hong Kong or L.A. In many ways, luxury just didn’t seem to be very Canadian.

And strangely, instead of testing the market with just one of these hybrids, four luxury condo/hotels, with brand-familiar names, announced their intentions to build in Toronto at the same time including the Trump International Hotel and Tower, The Shangri-La, the Four Seasons and the Ritz Carlton. And to a smaller degree, the King Edward had also joined in by planning to add a condo component on an already existing hotel.

Of course, many will wonder what makes them so luxurious? Crown moulding? Room service that would make you feel like a royal? That feeling like you are living in a 5 star hotel?

Well, yes, I would imagine so. But one thing that these places have going on more than any thing else is their brand. They all have an undeniable name recognition. If you live at the Ritz Carlton or the Fours Seasons, you could almost be any where in the world, and people would know you live somewhere posh. They don’t even have to know which city you live in.

But maybe you’re not a sucker for such things. I’m sure you’re not alone, but the truth is, a lot of people are.  The brand makes a difference. If you don’t buy into it, fine, but some people will pay good money for the right product.

But now we are starting to see who is pulling ahead, and who is clearly falling behind.

In my mind, Shangri-La seems the most promising so far. They mounted a striking and enormous sculpture outside called “Rising” that certainly adds some cachet to the entrance. Plus, they have managed to launch one of the most well-reviewed luxury restaurant in the city, Momofuku, with chef David Chang. For me, they have delivered the real goods of “luxury”. Top notch food and bold style.

Then there’s the Trump Tower. Right from the start, I felt they were a little doomed with their corny, 80s “champagne and cavier” theme.  Already you feel like you’re going to be riding the elevator with Thursten Howell the Third and Alexis Carrington. But my personal biases aside, the publicity on this place has not exactly been the best. Falling green glass crashing down to Adelaide street. The hotel portion of the Trump Tower has reportedly been performing far worst than originally expected. And then there’s the lawsuits. Angry buyers who apparently feel the company has misrepresented what they were selling, and even the developers themselves, suing buyers for not closing on their original purchase.

Despite the successful or not-so-successful branding of these luxury condo/hotels, the value of the their units has a lot to do with the market. And I don’t think it was wise to launch four of them at the same time. It seems many of the original purchasers may be disappointed if they want to sell sooner rather than later. Like any large condo, when the owners of the units are allowed to start selling, a lot of the units hit the market at the same time, often driving down prices. The luxury condo/hotel will likely follow this pattern as well, especially since there are four of them relatively close together in a market that really didn’t exist before in Toronto.

Some may hold their value more than others. Smaller luxury condo/hotels, like the King Edward, are conversion projects. This hotel has existed here in Toronto since 1903. So, it’s an established and local brand in the city. Many of the new condo units are too small, and there are no parking spots – only valet parking, of course! But sales have been strong in pre-construction. So, resale may do a little better here than the other developments.

All in all, buyers would likely benefit the most from this upcoming resale market, ready to snap up units when they start hitting the mls in large numbers. They may want to stand clear of the troubled Trump Tower for the time being, but there may be some deals to be had if you are in the market to buy a luxury condo/hotel unit. The glut won’t last forever.